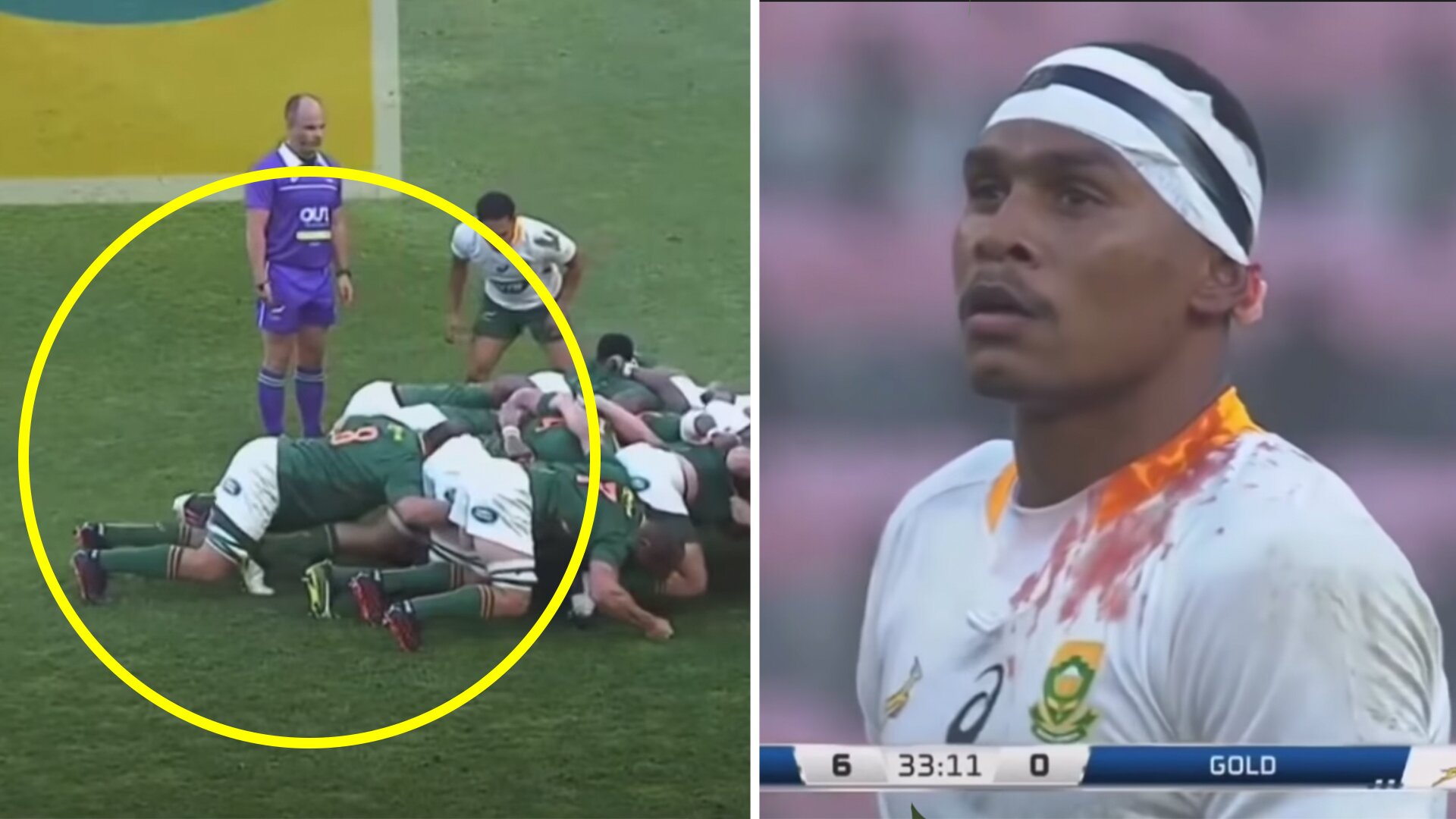 South African rugby fans have eagerly awaited the return of rugby in their country. They were rewarded with one of the most boring rugby matches ever in the form of this Springbok showdown match.

Rugby fans we give Springbok rugby fans some stick at the best of times, but this is a completely unbiased and honest review of the game which many dubbed, ‘South Africa’s North vs South match’.

In August we were treated to an incredible North vs South match in New Zealand which was full of some of the most outrageous rugby that we have ever seen.

The final play of that match in New Zealand saw an incredible cross-kick to end the match with a match-winning final score.

Pinpoint kick from Josh Ioane and an even better take from Will Jordan 🤯#NorthvSouth pic.twitter.com/816DhTyOp9

Sadly, the same can not be said for the Springbok Showdown, which was designed to regain hype in South African rugby after months of absolutely no rugby.

The game had some of the top South African rugby players, however, it was noticeably missing some of the very biggest South African stars such as Eben Etzebeth, Cheslin Kolbe and Faf de Klerk who are playing abroad.

Fans were shocked at just how boring the match was, which highlighted some of the worst parts of South African rugby which has been accused at times of being a boring wrestle match dominated by forwards.

Ultimately it was like a salesman promising a great product and it breaks on day 1. We were sold into the idea of an exciting game, where players will be allowed to express themselves and showcase some flair. Yet we were given an absolute flop. #SpringbokShowdown #CastleShowdown

The most boring exhibition match ever ! Are you kidding me – lets RUN the ball – STOP KICKING #SpringbokShowdown

This game made me sad! #springbokshowdown

This game made me sad! #springbokshowdown

The game was dominated by territorial kicking, breakdowns and forward carries. Whenever the ball got into the hands of the backs kicks were made to try and gain territory.

It appears that both teams were trying to emulate the kicking style the national team used to win the World Cup. It may get results sometimes, but it won’t excite many rugby fans.

We challenge you to watch the entire highlights through, it’s a massive struggle to even manage that.