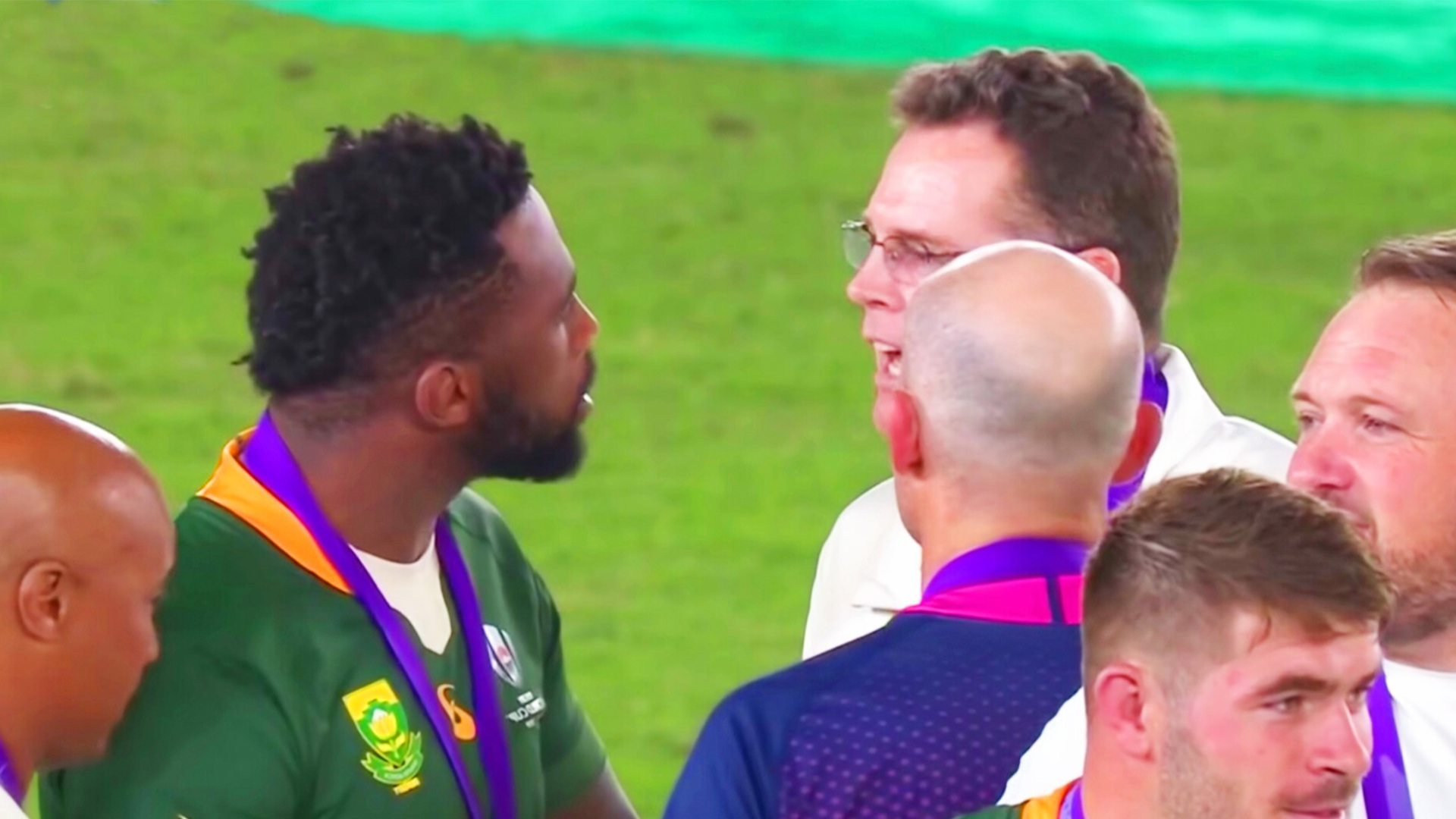 The Springboks medal ceremony altercation that got everyone talking

As we look back on 2020 – we reflect on the year in rugby and in particular this Springboks moment that got everyone talking.

There hasn’t been any test match play from the World Champions this year – but the side were still making headlines as moments like this emerged from their triumph in Japan.

One eagle-eyed viewer picked up this altercation between the side’s captain and coach, Siya Kolisi and Rassie Erasmus.

The world of rugby watched these incredible scenes as South Africa went up to collect their medals after their tournament triumph over England – with the match ending at 12-32. A scoreline that has become synonymous with that famous win.

The moment that got fans talking comes moments after the side’s collected their gold medals – just prior to the William Webb Ellis Cup being awarded to Kolisi.

We watch on as the squad go up to pick up their tokens to celebrate this momentous achievement. The victorious South Africans were in high spirits as they collected their medals. The same could not be said for the England team…

As the players prepare for the iconic trophy lift – there is an altercation at the back of the mass of players between the captain and coach – unknown to the rest of the team.

Watch the moment in the video below.

This really was a moment that fans didn’t notice much during the event itself – with the euphoria and excitement around the world as we prepared to watch this famous trophy lift – fans weren’t really focusing on the interactions between players and coaching staff.

We see as Kolisi approaches Erasmus and that’s where the wholesome altercation begins.

You can see as the captain implores his coach to join him as he goes to lift the Webb Ellis Cup. The Springbok head coach can be seen refusing – clearly wanting to give the team their moment in the spotlight.

It’s clear to see the respect that this pair share between one another as they both want to offer the glory to the other.