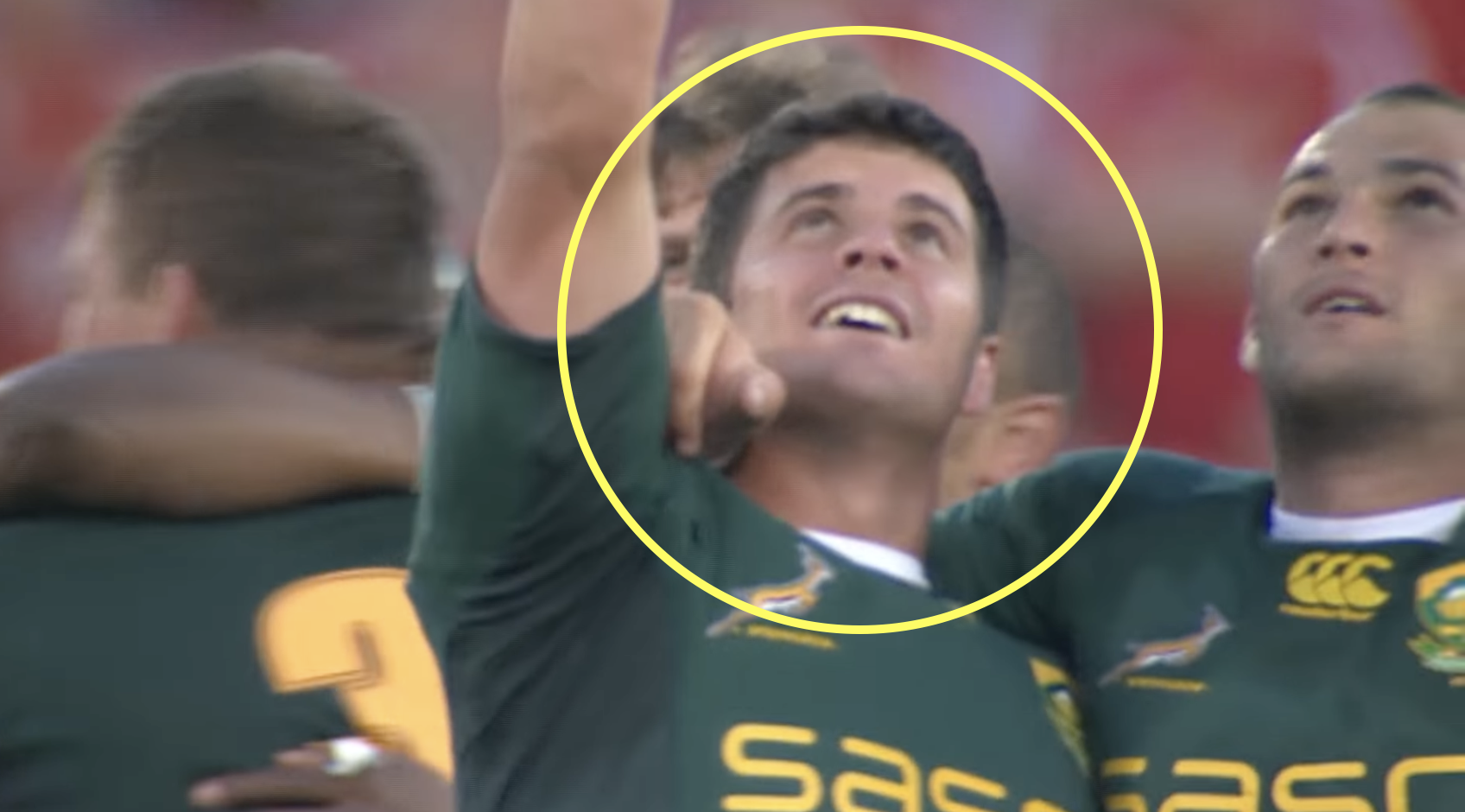 British & Irish Lions fans would have breathed a sigh of relief today as Springboks fly-half Morne Steyn announced his retirement from Test rugby, although the damage is already done.

The 37-year-old has called time on his Bok career, although Lions fans are still fearing he may be thawed out in 2033 in order to haunt them again having kicked the winning penalties in the 2009 and 2021 series deciders.

His match winning kick in Pretoria in 2009 has gone down in rugby folklore, as he crushed Lions hearts with an effort from five yards inside his own half in the 80th minute in the second Test. What was all the more incredible is that fact that he kicked the Springboks to glory in only his second Test, in which he had only played a handful of minutes having not started yet.

Since announcing his retirement, accounts of that kick have resurfaced online, with one in particular from Craig Ray standing out. From the book Mauled, 09 Springboks captain John Smit recalls the legendary kick, which shows what a player Steyn was under pressure. Despite not playing Test rugby for five years, Steyn came on from the bench in the third Test in Cape Town this year to show that he still has nerves of steel.

“Morne didn’t actually ask to take that final kick, he just walked towards me with his eyes fixed on the ball. Although I had the option of Frans Steyn, when I saw Morne focused on the ball I had no hesitation in tossing it to him. ‘Welcome to Test rugby,’ I said. He was, it seemed to me, so casual and calm it was scary. I was so nervous yet he didn’t flinch. As the ball sailed through the poles I said a prayer of thanks and enjoyed the realisation that we’d won the series.”

Farewell to Morne Steyn. Twice a Lion tamer. This is what John Smit told me in a book we did on the 2009 @lionsofficial series when Morne broke Lions hearts for the first time. Quiet general, incredibly decent man. pic.twitter.com/aFeSHp2hZ5