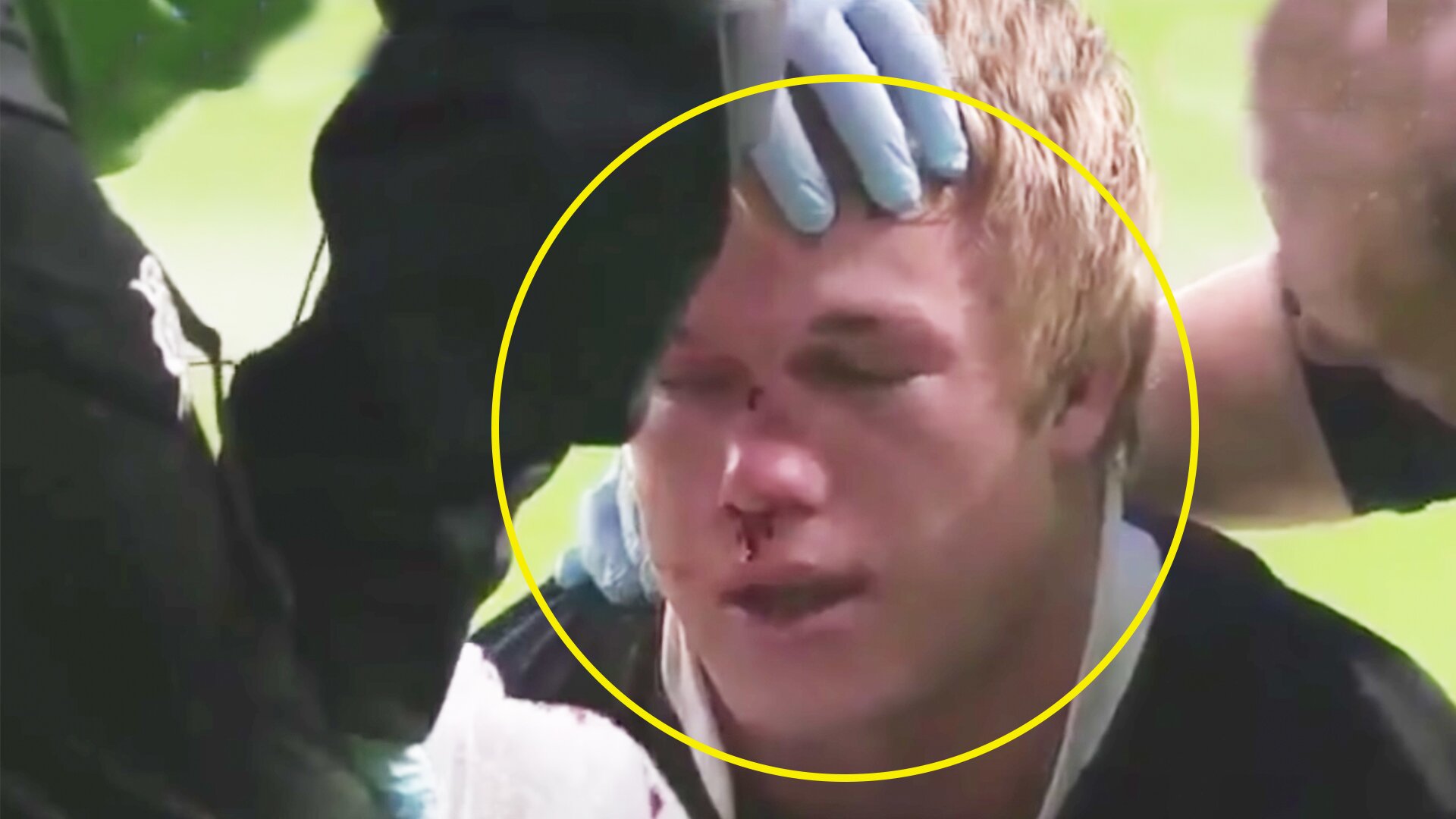 Pablo Matera has been the biggest name in rugby over the last month – for good and bad reasons.

But it would appear, however, that the Argentinian skipper has been making waves on the international stage long before any of the viral moments of 2020.

This footage comes from a few years back with the pair meeting in an international clash between Argentina and the Barbarians. It’s fair to say – if PSDT didn’t know who Matera was before this clash – he certainly did after!

In this brilliant retro footage, we can see Pablo Matera sporting his emo’esque look of yesteryear as he mercilessly breaks the face of the future World Champion in a savage act of thuggishness.

With the scores stood at 28-35 to the Pumas – Matera ‘leaves some’ on the Ba’baa’s flanker with devastating consequences.

Watch the savage unearthed footage in the video below.

We see as Matera goes to latch on to the body of his teammate as he looks to drive him into a collision with PSDT – only for the Argentine’s shoulder to smash directly onto the nose of the Springbok openside.

You can see the devastating moment of impact, as the young flanker drops to the ground immediately after the sickening head shot.

This kind of footage will no doubt rile up Springbok fans, who probably have never seen their hero bleed his own blood – but, if anything, this goes to show what a brutal specimen Pablo Matera has been at a test match level for years – well before his recent rise to prominence.

As we move back to today, we delve further into the current furore surrounding the Pumas skipper after his tweets from 11 years ago saw the light of day.

Former England and Lions winger, Ugo Monye, spoke out against Matera – stating that he felt rugby didn’t know how to deal with racism.

He also disclosed to BBC Radio 5 Live that he had reached out to Matera this week offering his support to the Argentinian skipper after he feared a wave of trolls had come his way. Watch Monye’s interview in the video.

“Rugby doesn’t know how to deal with racism”@ugomonye with a powerful message after Pablo Matera was reinstated as Argentina captain.

He has been reinstated as the skipper of the national side after a wave of condemnation came his way in light of his racist tweets being exposed.

Pablo Matera was left out of the team to face Australia today in the Tri-Nations in a move that was clearly intended to not deter from the rest of the Pumas side.