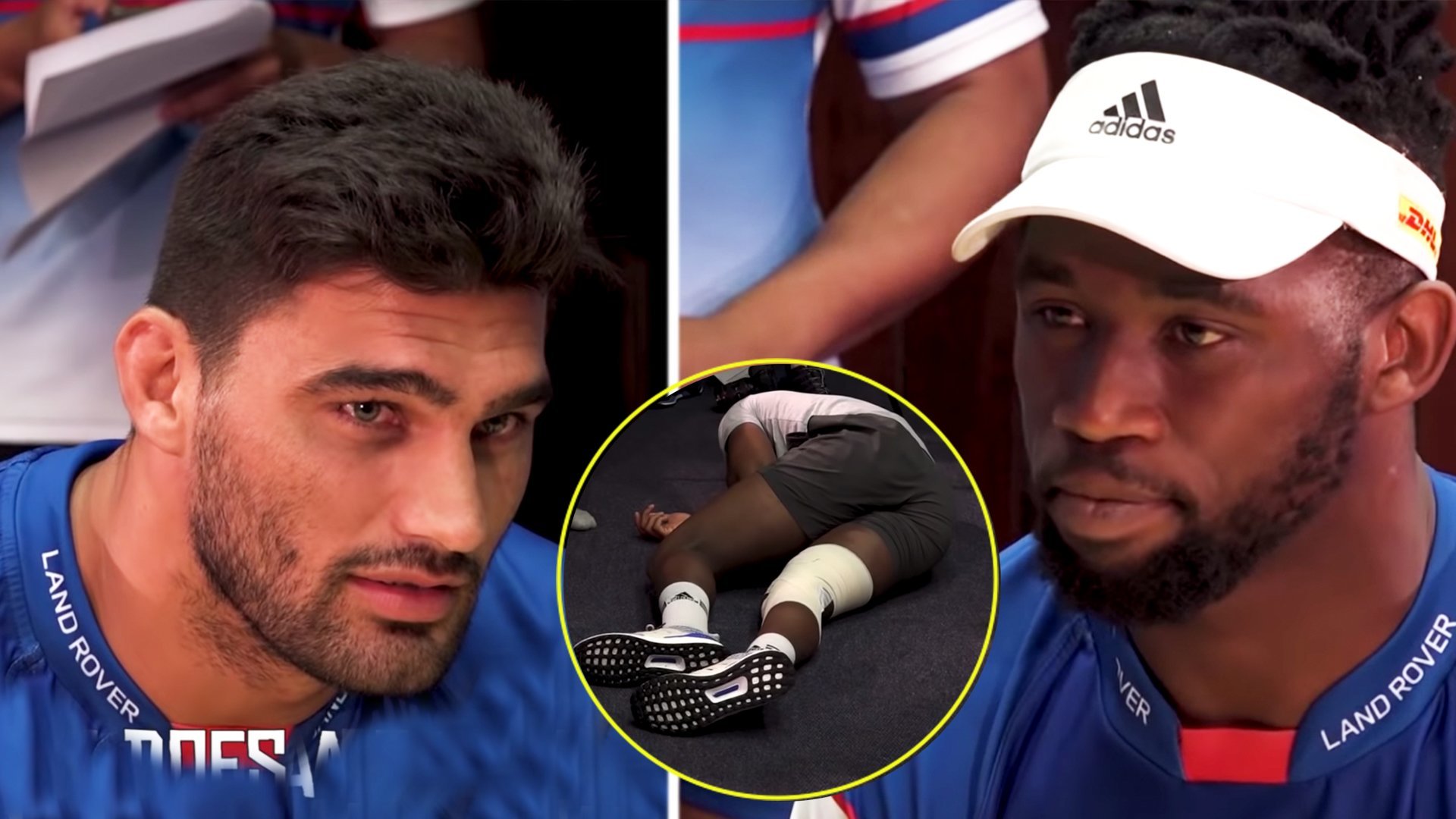 Does this surely have to be up there with one of the funniest rugby videos around on the Internet? The Springboks and some of their players went viral here!

In March last year, the DHL Stormers did their own take of “Bad Jokes”, where players had to read really bad jokes and if the other team laughed they won a point.

It was forwards vs backs in this video which certainly added a bit of extra spice to the video.

This came back in our recommendations after the Springboks won the 2019 World Cup so it seems that people are feeling the love for the Springboks players in this video. The likes of Siya Kolisi and Damian de Allende are in this.

This really was a hilarious video, and it seems the video has gone pretty viral, with 600,000 views so far on it.

We’re not sure if there are any other videos out there that are similar to this with rugby teams but it really makes for a hilarious combination.

When the player starts telling the joke in Afrikaans it was truly humorous. I didn’t understand a word he was saying but the execution of the joke floored me either way.

The best jokes for us has to be…

What do you call a Mexican that got his car stolen?

The video was so funny that players were falling on the floor laughing, it really made for a brilliant video and it’s one of the reasons why we love the internet.

The banter got too much for some of the players We would love the Springbok team to do one of these. Imagine Schalk Brits and Faf de Klerk doing this, it would be comedy gold. Get Rassie Erasmus in as well to add some more serious jokes.

Here is the full video of it, truly hilarious. Look to see Siya Kolisi and his reaction