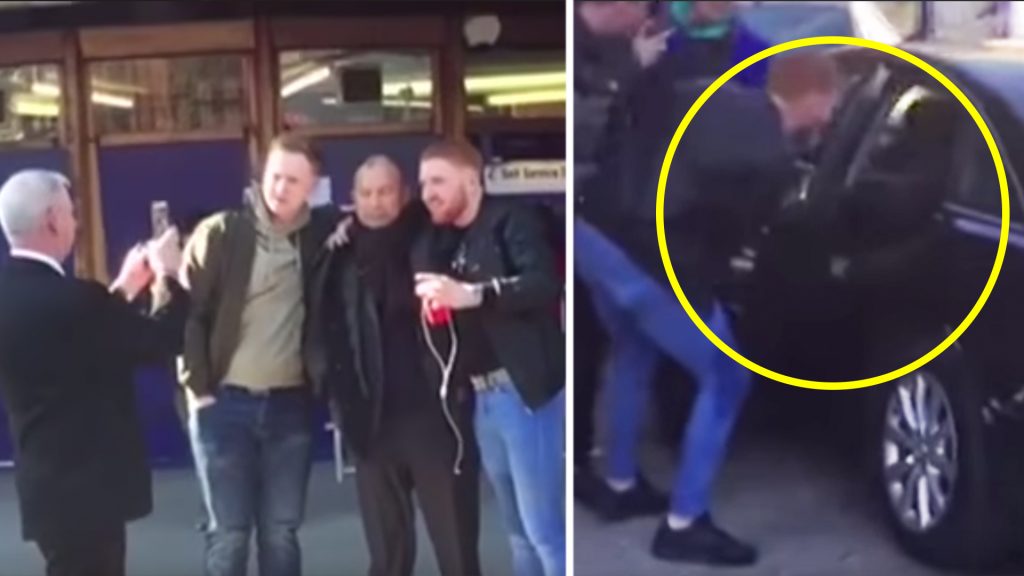 The time when Eddie Jones was shamefully abused by Scotland fans

England coach Eddie Jones is certainly not everyone’s cup of tea. But this abuse that Scotland fans gave him after the 2018 Six Nations clash was simply horrendous.

Scotland fantastically beat England in Murrayfield in 2018 in a fantastic encounter at Murrayfield.

The likes of Finn Russell, Huw Jones and Hamish Watson were on another level for Scotland on that day and it was a memorable day for the Scotts.

What truly ruined the day for many fans was the sickening and vile behaviour by a small pocket of Scotland fans the day after the match.

Eddie Jones was returning back to the UK and when he got off the train in Manchester he was met by the drunk fans.

Initially, they asked if they could get a photo with the England coach, who did that. But it quickly became clear that they wanted to abuse the Australian.

The 60-year-old recently spoke about how fans have abused him almost every day in his role as England coach, this is due to his wild.

Here is the video of the abuse that Scotland fans gave him in 2018.

England head coach Eddie Jones reflected on the time he was targeted by fans after his side’s Six Nations defeat to Scotland two years ago by revealing it is a regular occurrence.

Travelling back to London the day after the 25-13 Calcutta Cup loss in Edinburgh, Jones was physically and verbally abused, first by a trio of Scotland supporters at a railway station in Manchester and then on the train down to London.

Jones had stopped off to watch Manchester United defeat Chelsea at Old Trafford as a guest of Sir Alex Ferguson, but said this time he will head straight home with the team.

“I have checked the Premier League schedule and I am not going to any games!” Jones said.