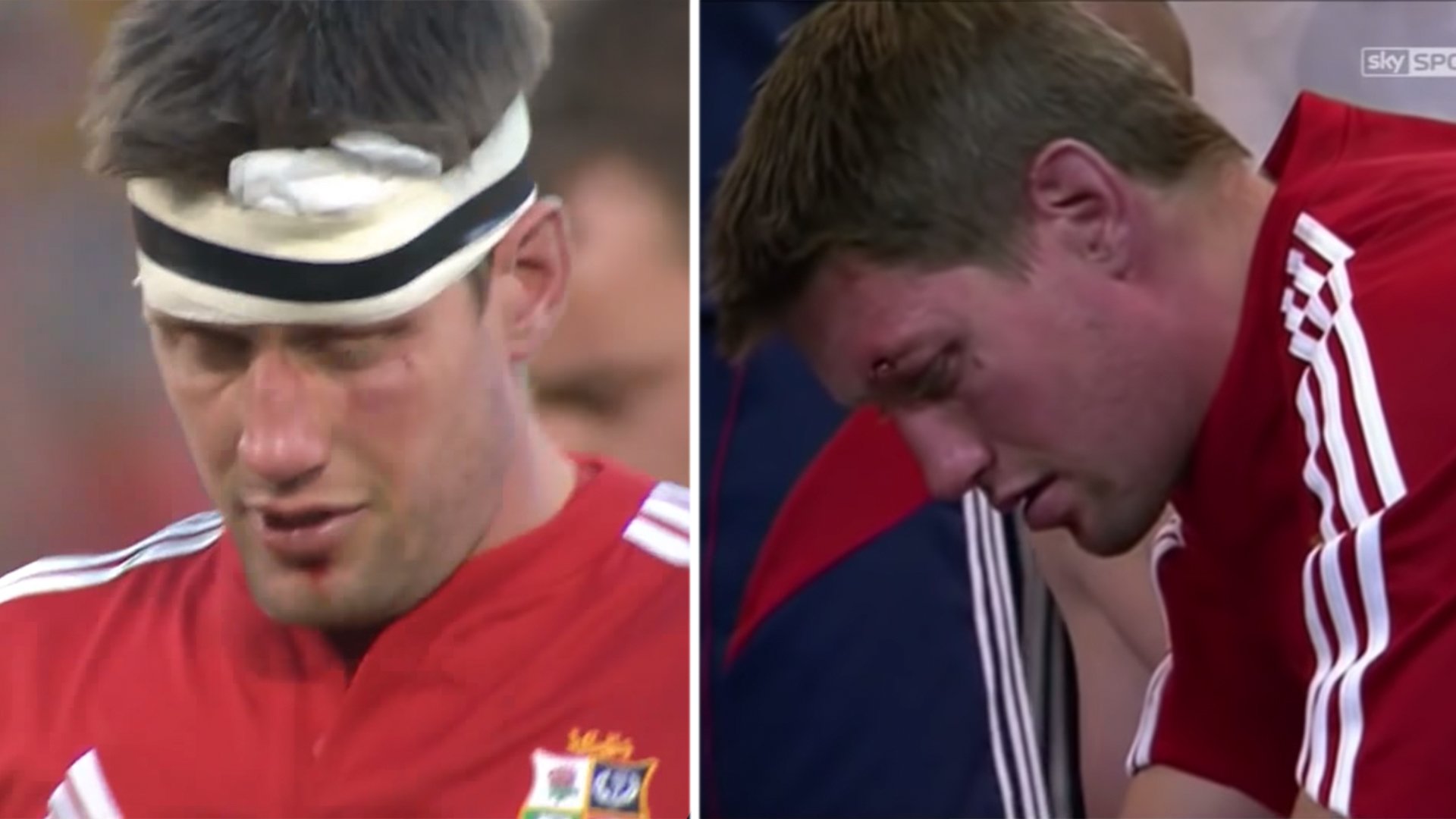 This was one of the darkest days for Ronan O’Gara when he ignored Shaun Edwards orders to kick to ball out.

During the 2nd Test of the 2009 Lions series in South Africa. The Lions were on fire for the 60 minutes, then with South Africa coming back into the game replacement fly-half Ronan O’Gara came on and had a nightmare cameo, costing 10 points and the series.

The defence coach Shaun Edwards implored the Irishman to kick the ball out as there was only seconds left in the game.

This clip shows the horrendous atmosphere in the changing room after the game, when they lost the match bt just 3 points.

It was the 2009 Lions Series in South Africa.

The Lions only needed at least a draw in the second Test in Pretoria to keep the series alive. With seconds to go, the score was 25-25 – until Ronan O’Gara chased his own up and under and tackled Fourie du Preez in the air to concede a penalty.  Morne Steyn converted and South Africa took the series 2-0.

The Lions did however claw the score back to level, but then in the final minute came O’Gara’s third act of the match which was very costly. O’Gara put a high ball and then made a “clumsy” error running into Fourie du Preez in the air which led to a penalty for South Africa which Morné Steyn booted over with ease at high altitude, which won the Springboks the match and series, and was the worst moments of O’Gara and career and Shaun Edwards was not happy.

This is what fans had to say about the incident…