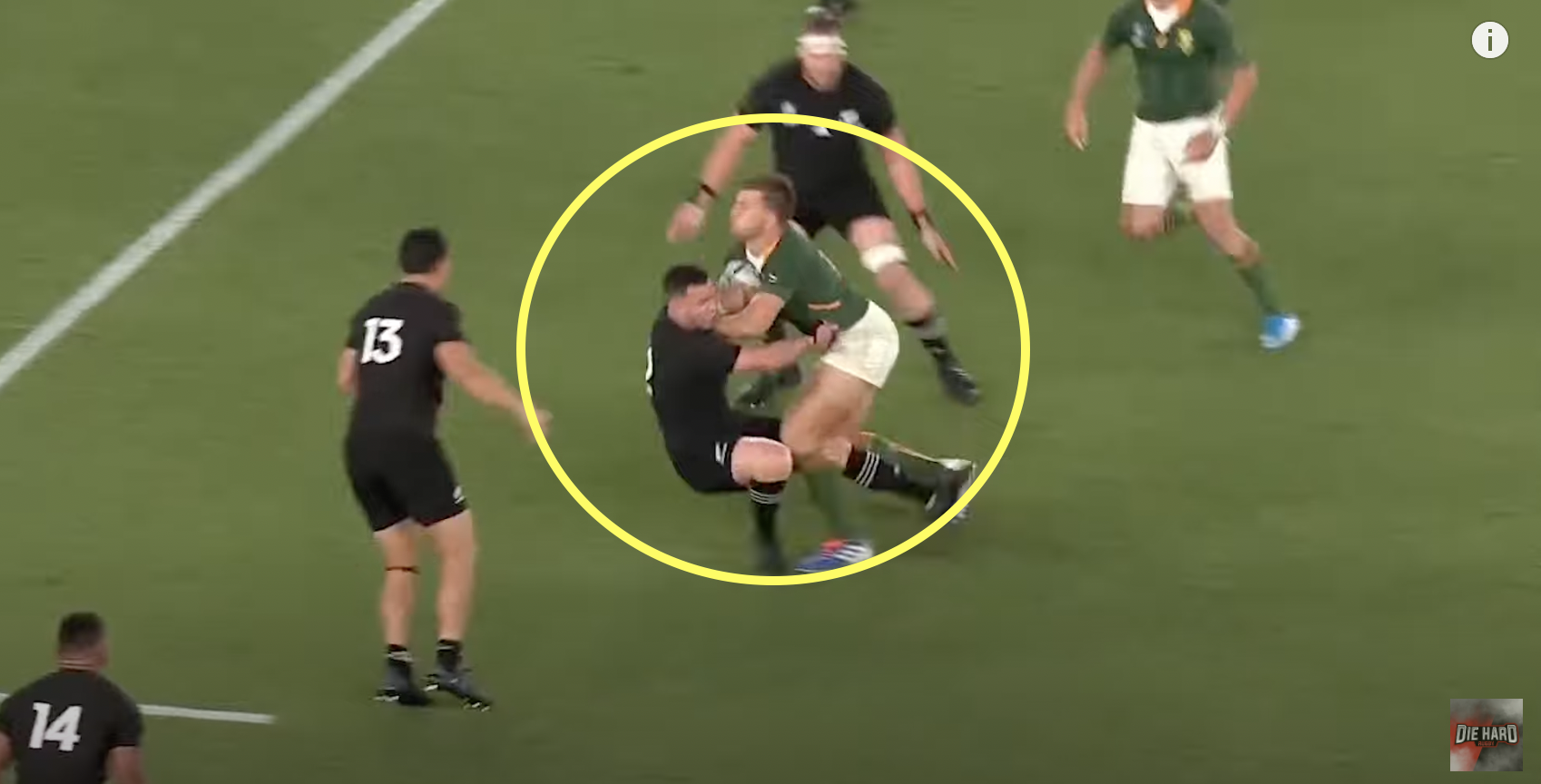 The ultimate video of the Springboks manhandling the All Blacks

If anyone is still not excited between the ultimate showdown between the All Blacks and South Africa later this month in the Rugby Championship, a helpful video has been shared this week to whet your appetite.

Die Hard Rugby have shared a video on YouTube of five minutes of the Springboks manhandling the All Blacks. The video is exactly what it says on the tin and is a festival of violence and aggression that comes every time a side faces the Springboks, with many incidents predating the age of TMO intervention.

No team has a better win percentage over the All Blacks than the Springboks do as their encounters are usually a clash of two completely opposing rugby styles. That will not be more apparent this year when they run out onto the Queensland Country Bank Stadium pitch on September 25th.

The Springboks may face criticism for their pragmatic style, which relies heavily on the boot, but there is no denying that it works for them. Not only are they ranked number one in the world, but they are world champions and recently secured a British & Irish Lions series. Their head coach Jacques Nienaber has previously said that the mix of styles is what makes rugby interesting, and as far as styles go, they play a different brand of rugby to the All Blacks.

Before they meet, however, the All Blacks have back to back matches with Argentina, while the Boks have the same against Australia. The All Blacks sit at the top of the Rugby Championship table by a solitary point ahead of South Africa, but both sides know they cannot afford a slip-up. As form suggests, that is unlikely to happen and will leave a double header between Ian Foster’s side and Nienaber’s with the Championship, bragging rights and potentially the number one ranking on the line.