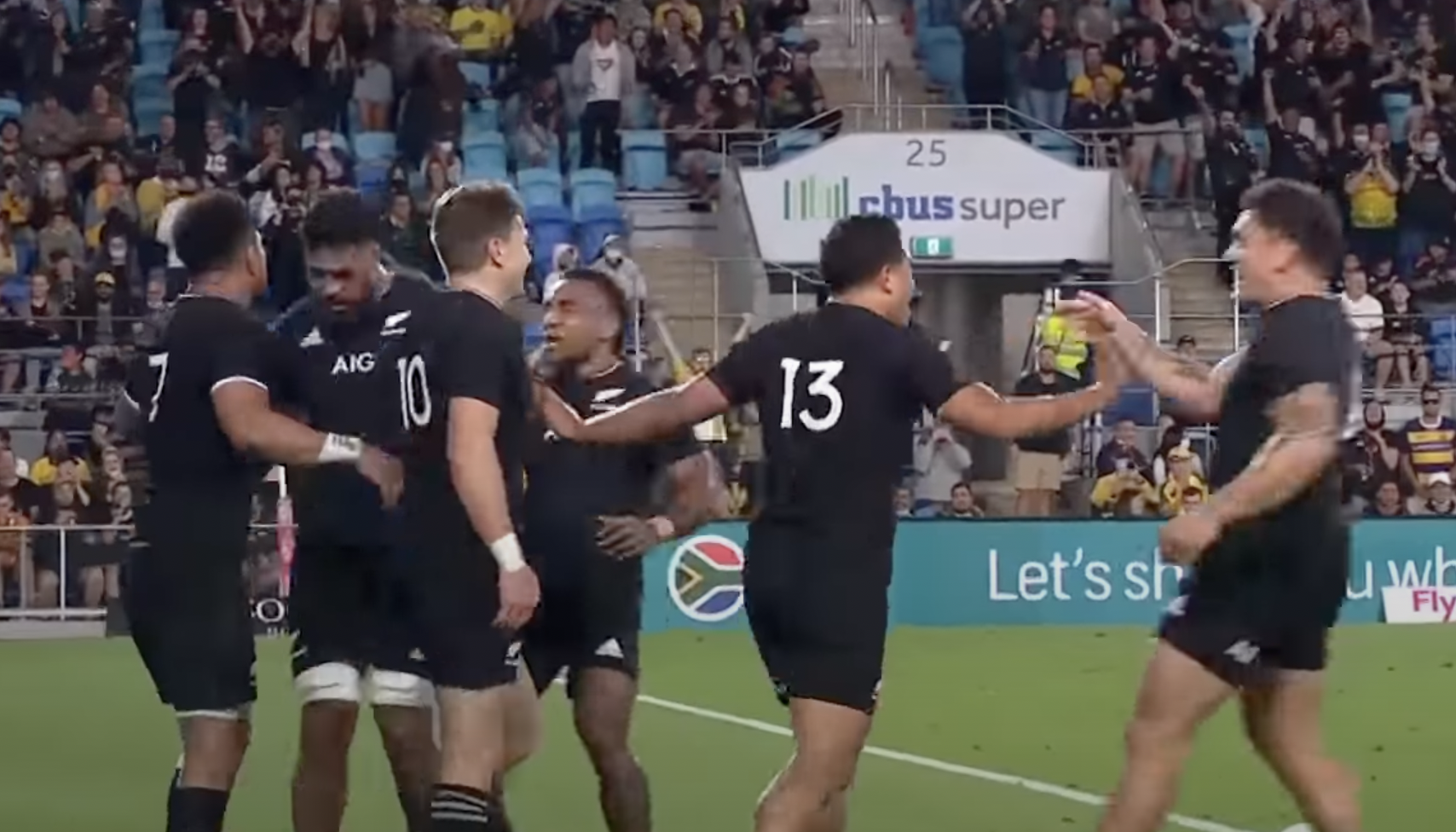 The unknown Law the All Blacks broke against the Boks

One particular moment that has created plenty of discussion in the wake of South Africa’s win over the All Blacks on Saturday is Willie le Roux’s 50:22 attempt.

The Springboks’ fullback attempted a 50:22 in the first half on the Gold Coast, and at first it looked as though he succeeded- after all, the ball was kicked from his own half and went out in the All Blacks’ 22. However, referee Matthew Carley awarded a lineout to the All Blacks.

This caused outrage at the time, with a member of the South African staff launching a tirade at Carley’s assistant referee. This has since been raised as an instance of poor refereeing online this week. This was actually the correct call though, as the ball was passed back into the Springboks’ half, which therefore disallows them from getting a 50:22.

This is a particular nuance of the game that will become well known as the 50:22 becomes more established.

But another nuance of the Law reared its head at the weekend which has been picked up by Jared Wright on Twitter, and this time it did actually go against the Springboks. The incident came when the Springboks kicked the ball into touch just outside the All Blacks’ 22. Jordie Barrett opted to take a quick lineout from within the 22 though, passing to Sevu Reece, who kicked the ball out on the full.

Law 18.7 states: “If the mark of touch is outside the 22, the defending team may take the quick throw inside the 22 but is deemed to have taken the ball into the 22,” which means the lineout should have been awarded to South Africa in the All Blacks’ 22 rather than in their own half.

Given how far South Africa had kicked the ball and how close it was to going out inside the All Blacks’ 22, it is understandable that this was missed, as after all the officials were at the other end of the pitch. On top of that, this particular circumstance rarely occurs.

The refereeing team have been unfairly singled out after this match for a number of 50/50 calls that did not go the way some fans would have wanted, but this is one where South African fans can actually feel hard done by.

This is the video:

The officials did get this one wrong.

LAW 18.7: ‘If the mark of touch is outside the 22, the defending team may take the quick throw inside the 22 but is deemed to have taken the ball into the 22.’ pic.twitter.com/0uc6YqKImz