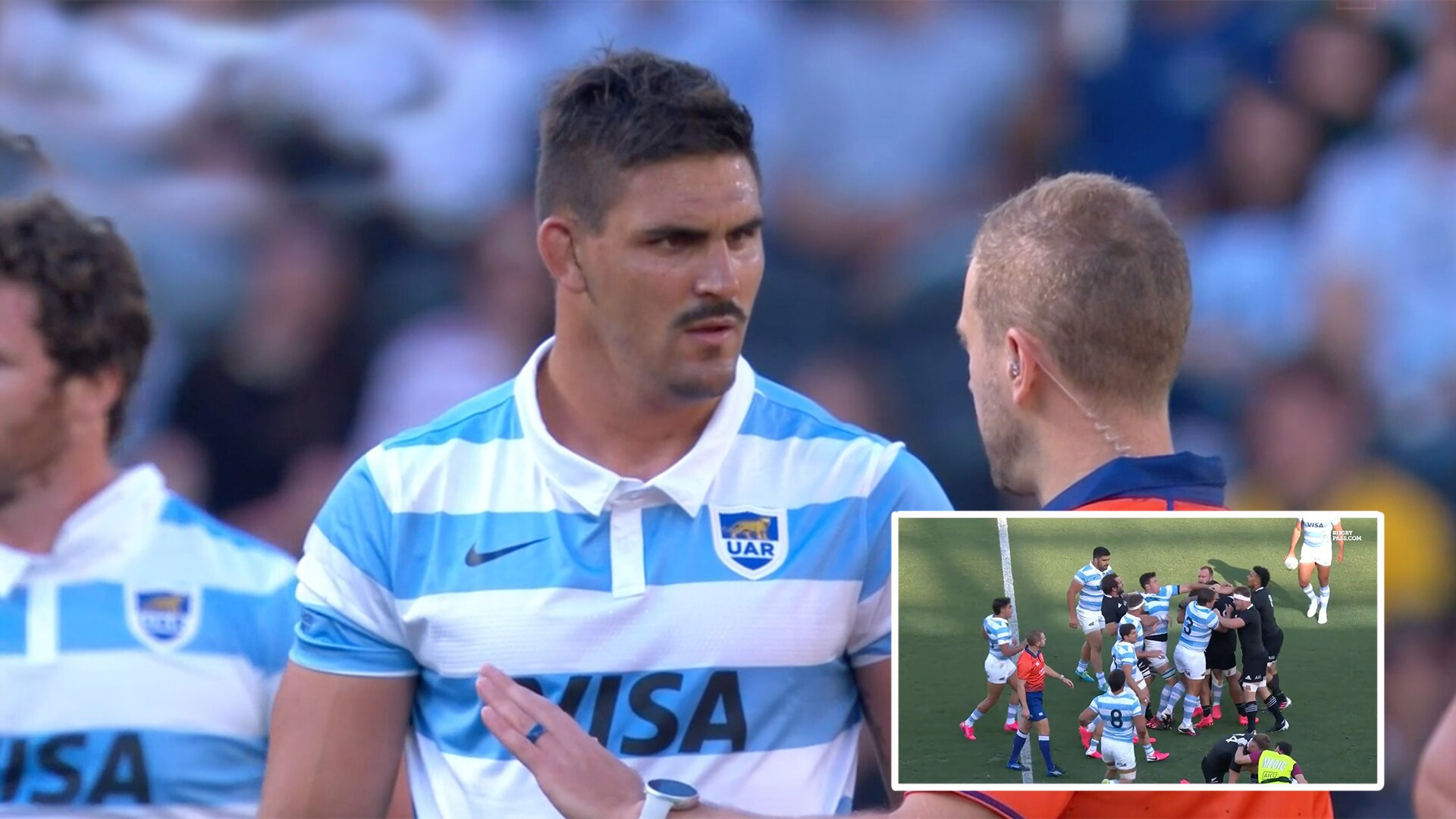 The Pumas recorded one of the biggest upsets in rugby history today as they stunned New Zealand with 15-25 in Sydney.

A whole host of Argentinian players have now shot into the limelight but none more than their 27-year-old skipper, Pablo Matera, who gave a sensational performance at blindside flanker for his side.

One moment in the opening minutes of the game demonstrated how the South Americans were not going to be bullied in this Tr-Nations clash with Matera right at the centre of an early scuffle between the two sides.

With just three minutes on the clock we see as as Matera clashes with All Blacks flanker, Shannon Frizzell in an off the ball encounter after one of his players gets pushed in the face.

We watch as players from both sides pile into the melee with the Argentinian skipper right in the centre of things.

As referee Angus Gardner pulls him aside he asks him to show some leadership. Matera’s response, for many, epitomised the winning attitude of Los Pumas on the day. Watch the moment in the clip below.

‘They’re kicking my guys. They show no respect’. Matera then points to the badge on his chest. ‘I play for my country.’

This early tussle in the opening minutes may have been typical of any modern-day test match – but the manner in which the Argentinians fronted up against the All Blacks in this exchange is what gave them a mental advantage with Matera refusing to take a backward step.

The skipper was in mesmerising form throughout the game-winning a vital turnover in the dying minutes of the game to kill off any chance of an All Blacks fightback.

A HUGE moment for The Pumas 🔥 🙌

In an interview after the game, Matera spoke of how hard it has been in Argentina in an emotional post-match talk.

‘This is a big day for all the rugby of Argentina. We’re used to this, everything is hard in Argentina – we want to show our people, if you fight and you work hard, you get what you deserve.’