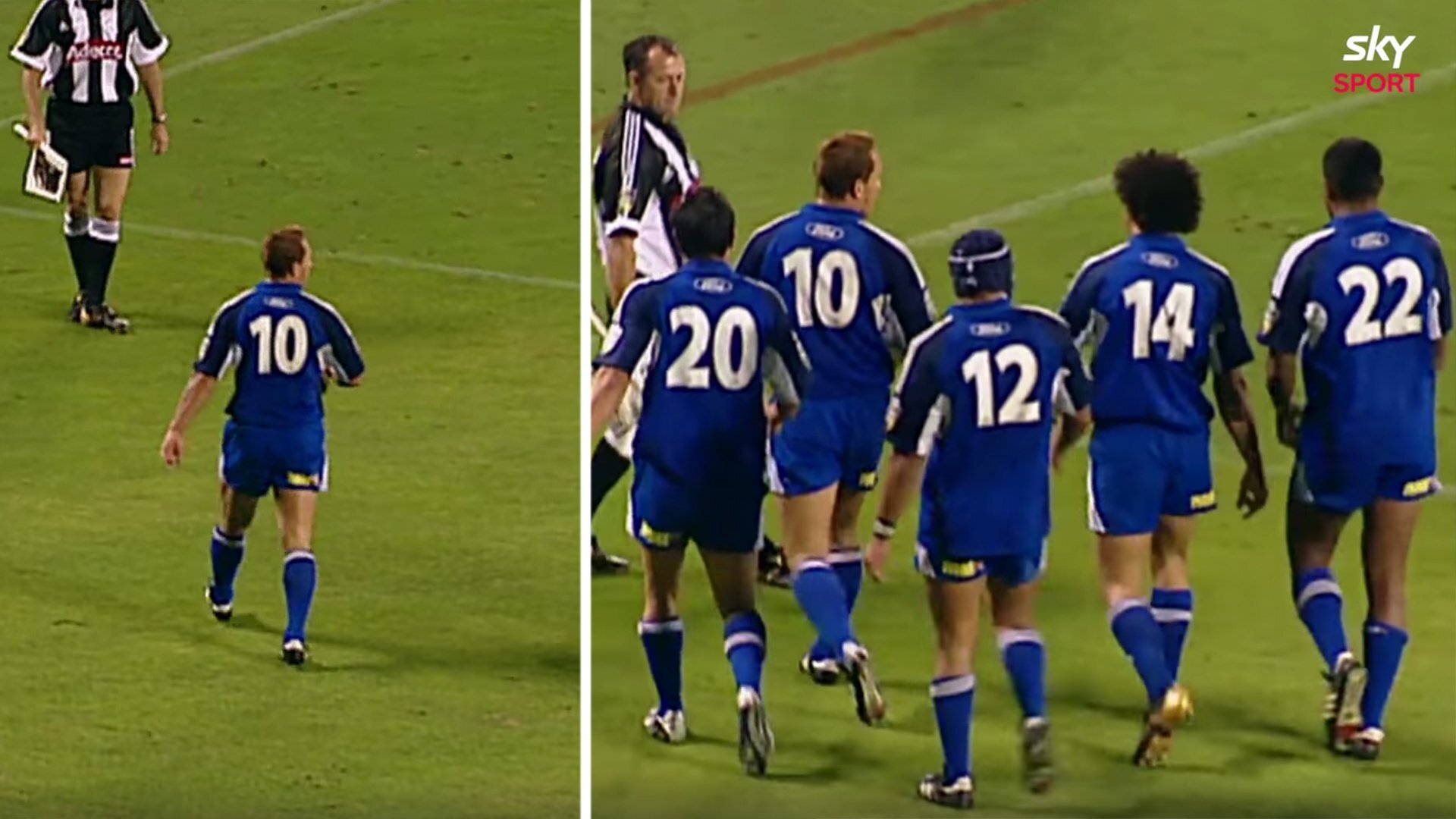 The Blues will be drawing from the spirit of the old Blues Ballers from the past who humiliated the Crusaders in the early 2000s. The men from Auckland take on the Crusaders this weekend in the big match.

This clip we are about to show you was from the last time the Blues beat the Crusaders in an away match!

This weekend, the biggest match so far of Super Rugby NZ will take place as the underdogs and high flyers the Blues take on the superior overlords the Crusaders.

It would be hard to look past the Crusaders who have been so dominant in recent years.

However, fans will live in hope that their team can do the unexpected as they remember what Carlos Spencer and his team of mavericks did the Crusaders in 2004.

If Dan Carter and Beauden Barrett do this to the men in red on Saturday then all hell will break loose in Super Rugby Aotearoa!

Does this have to be one of the most iconic moments in Super Rugby history?

The last time the Blues beat the Crusaders away from home, Carlos Spencer did this 🤯 pic.twitter.com/c9u0F5NvGV