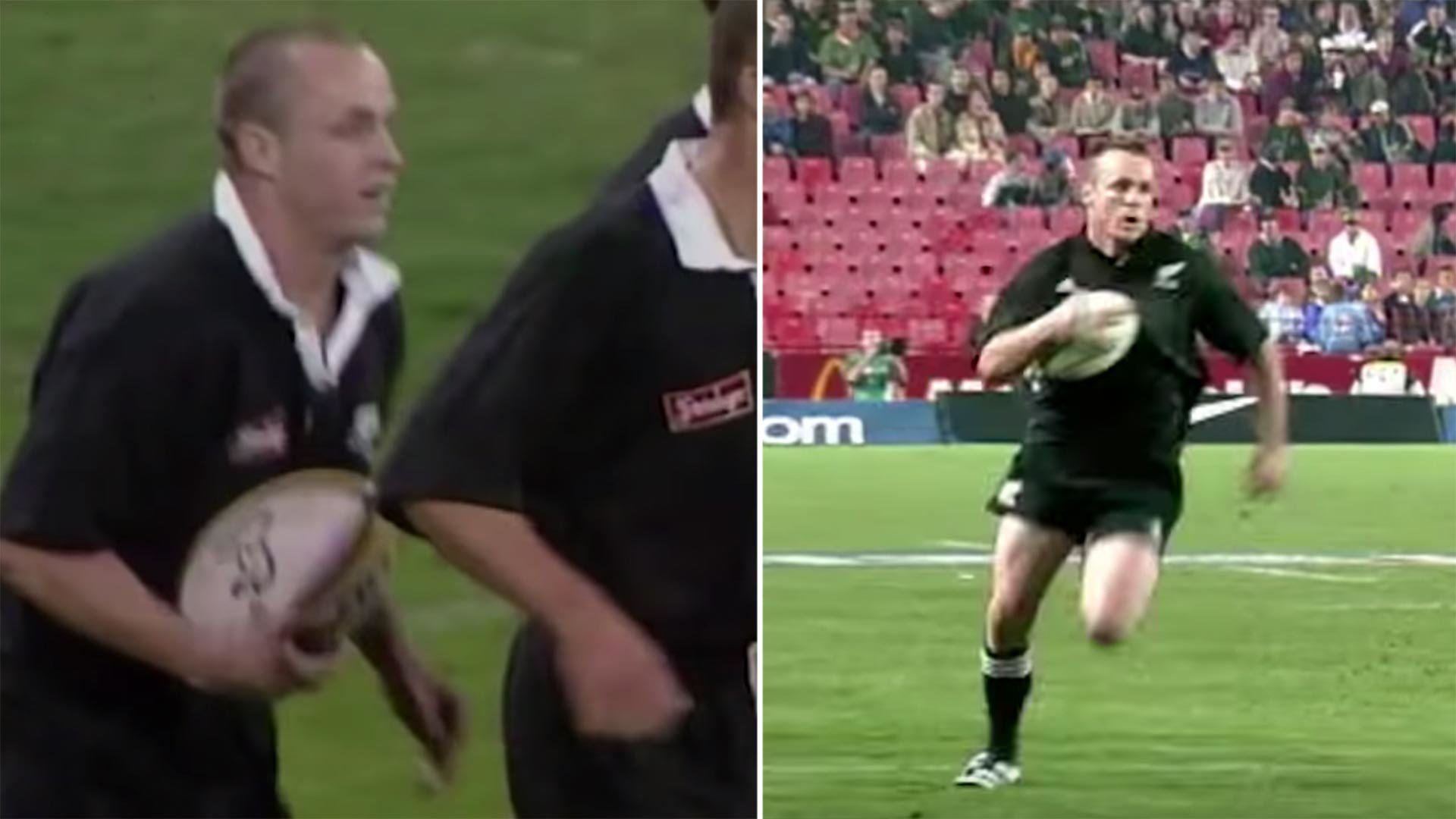 Christian Cullen was an All Black sensation for New Zealand between 1996-2002. His pure speed and skill on the ball means that he is considered to be one of the greatest rugby players of all time.

A highlight reel has just dropped on him showing just how good he was in his peak, and it’s incredible to see.

In the video, one thing that we simply can’t ignore is just how fast the man is.

He is able to outpace almost everyone that he comes up against, and he was in the same team as Jonah Lomu at the time!

Here is the highlight reel that has dropped on him, incredible to see!

Christian Cullen was something else!

RugbyPass is bringing back some old school memories to feed your rugby diet during this time without rugby. Watch five minutes of All Black fullback Christian Cullen destroying the Springboks and Wallabies during his Tri-Nations career from 1996-2002 during his prime.

Cullen remains one of the greatest players of all time and one of the most fondly remembered stars of the professional era. His international career was brief by today’s standards but sixty percent of RugbyPass fans still voted Cullen as the greatest fullback ever.

In other news from Rugby Nz.

New Zealand rugby staff are working from home today rather than their Molesworth St office and chief executive Mark Robinson had to change his media stand-up this morning to a teleconference.

Robinson says the person in isolation is being taken care of as are the rest of NZR staff.

Robinson says the staff member has had no contact with any Super Rugby players.

He says NZR are following Ministry of Health guidelines.