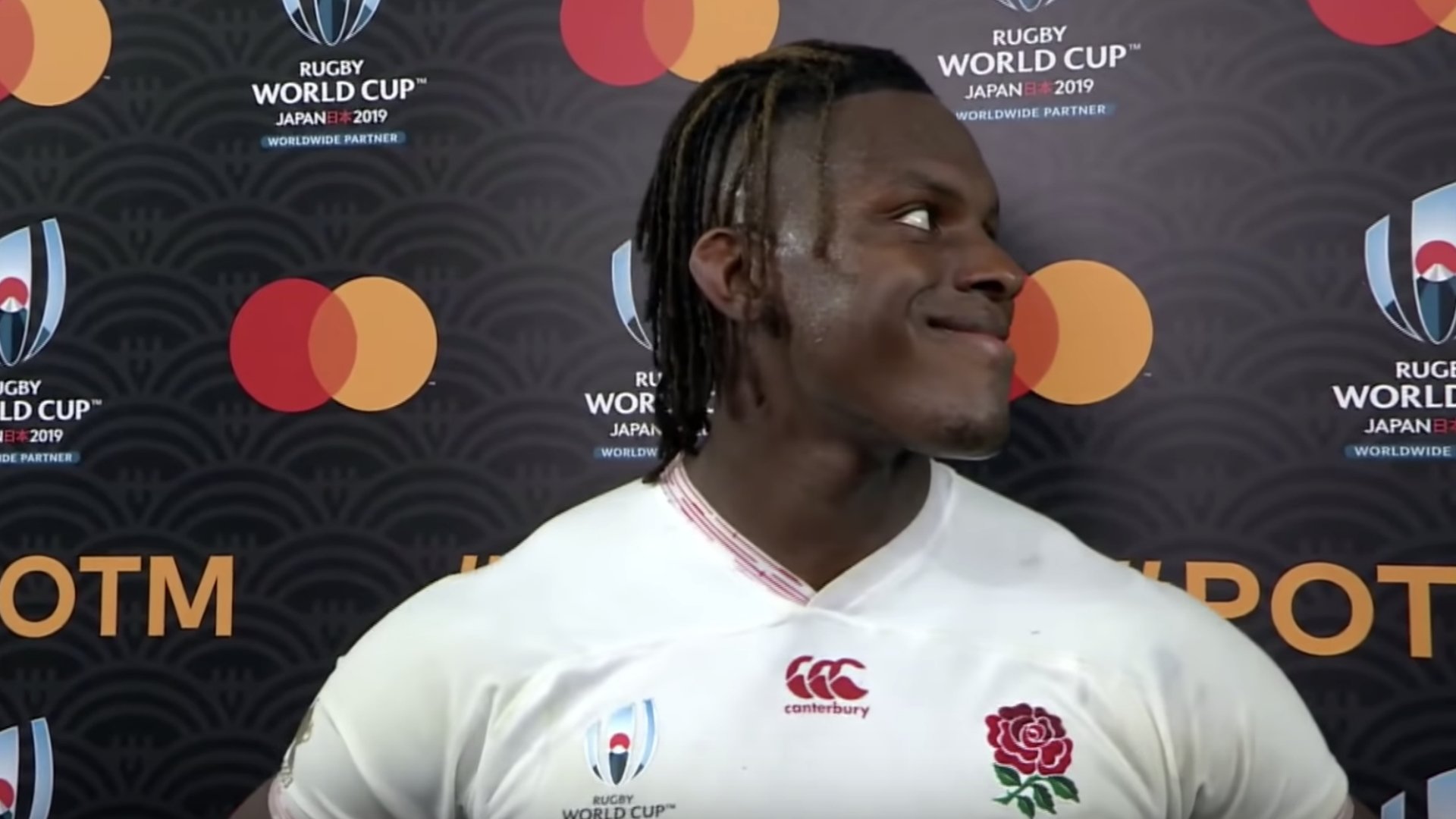 England put in a monumental performance against New Zealand today in a victory that will undoubtedly go down as one of England’s best ever. This interview from Maro Itoje is one of the reasons why he will be England’s next long term captain.

England ended a run of 18 straight World Cup wins by New Zealand since 2007 (a record).

England have become the first team in RWC history to be eliminated in the pool phase at one World Cup and then progress to the final in the next.

England lock Maro Itoje put in a commanding performance at lock for England, winning the ball back for the men in white from impossible angles on several occasions.

In the lead up to the match, some critics online suggested that Itoje was not at his best, with some evening calling him lazy at the breakdown.

He was far from that today as he outmuscled and outmatched All Black wannabes Sam Whitelock and Brodie Retallick.

Some say they both wear Maro Itoje pyjamas now.

The memes have been incredible after the match, this was one our favourites…

What really stood out for us was the interview that Maro Itoje gave after the game.

You would think after beating the Number 1 ranked team in the World that Itoje would be over the moon, the reality is in stark contrast to that.

We couldn’t get over how Itoje almost refused to over-praise his team, bordering on being negative about some of the teams traits.

When questioned whether England could win the World Cup, Itoje said this…

“We’re just building game-by-game, week-by-week. We’re pushing in the right direction. We haven’t done the job yet, but we’re one step closer.”

We have never seen an England team quite like this and with Itoje behaving in this manner we can surely see him being England’s next captain.

Do you think he could be the next England captain with interviews like this?