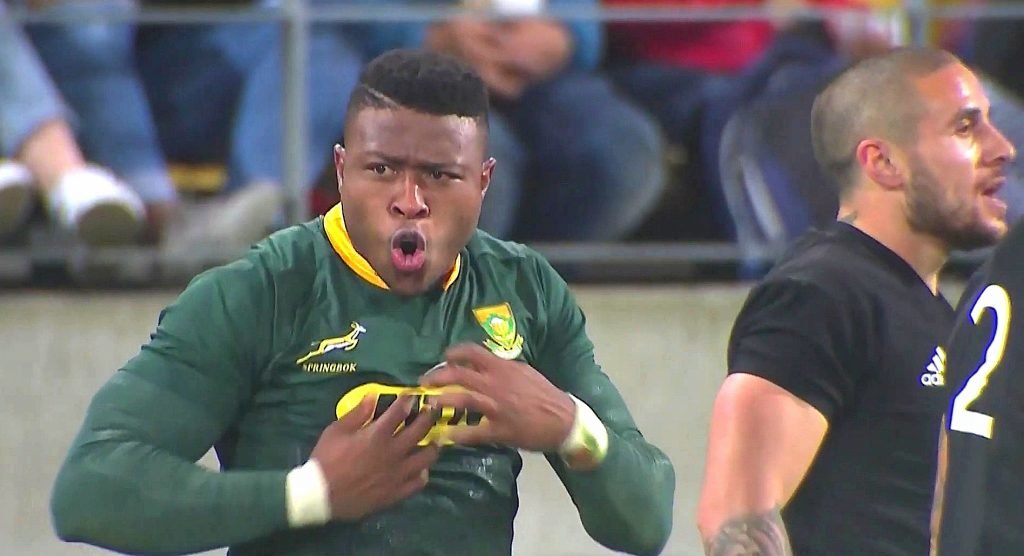 This ‘isiXhosa commentary’ is so, so good.

We don’t know what they’re saying but my goodness, we love it instantly.

Springbok wing Aphiwe Dyantyi has returned to the Xerox Golden Lions in Johannesburg where he will undergo rehabilitation for a hamstring injury, the Springbok management announced on Monday.

The injury has ruled Dyantyi out of the start of the Springboks’ 2019 Castle Lager Rugby Championship campaign, which kicks off at Emirates Airline Park in Johannesburg against Australia on Saturday.

The Bok speedster, who won the World Rugby Breakthrough Player of the Year Award in 2018, picked up the injury during training on Friday and will consult a specialist later on Monday to discuss treatment options and a possible timeframe of return to action.

Bok management confirmed that a replacement for Dyantyi will not be called upon as they have sufficient cover in the training squad, currently in camp in Johannesburg.

The Boks regrouped in Johannesburg on Sunday evening to continue with their preparations for Saturday’s Test against Australia at Emirates Airline Park.

On Monday, Springbok assistant coach Matt Proudfoot told the media at the team hotel at Montecasino in Johannesburg that they are looking ahead at an exciting week.

“We arrived in Johannesburg on Sunday and everyone is buzzing – we realise it’s a huge year for the Springboks and for the country,” said Proudfoot.

“This season provides us with a huge challenge, and with every challenge we realise that there are important steps along the way, and the most important step is the first one. We’ve prepared well for this Test against Australia and we are looking forward to this challenge.

“We’ve had some time together as a group and everyone is aligned on what we want to achieve. It has been very pleasing to see how the players have taken ownership during this period.”

Proudfoot was also pleased with the game time and performance of Lood de Jager, who played just over 50 minutes for the Vodacom Blue Bulls in this weekend’s Currie Cup opening round. It was the Springbok lock’s first time back on the field since he was side-lined with an injury early in the 2019 Vodacom Super Rugby campaign.

“Lood understood and executed their plan and now we are looking forward to get him firing in our system,” said Proudfoot.