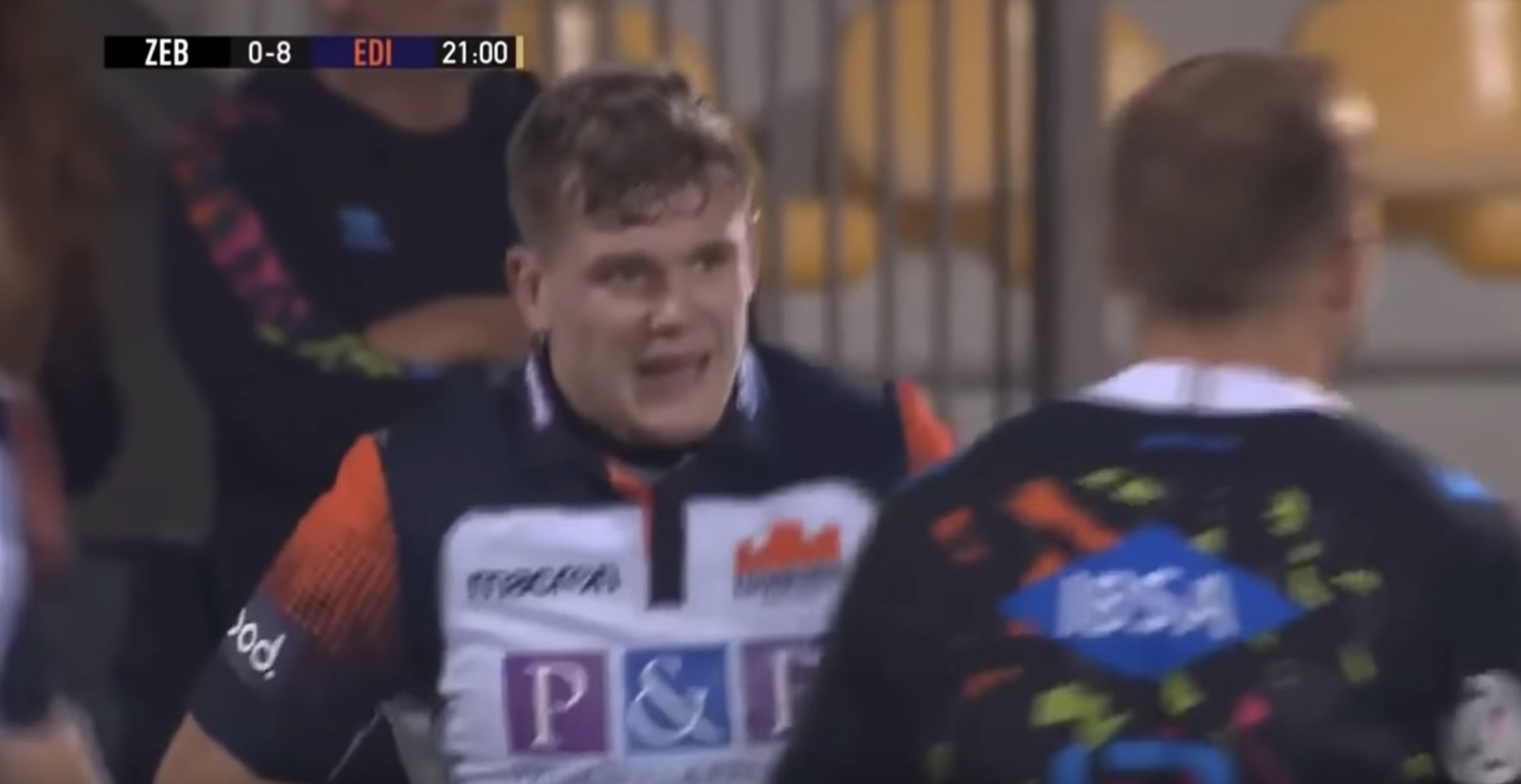 This is definitive proof that big man Darcy is Scotland’s messiah. Or at the very least Scotland’s answer to Shane Williams.

Look at the speed of the man and his defence was obscene against England. Darcy Graham is certainly a man for the future.

Warriors lock Andrew Kitchener has finished top of the class having graduated from Birmingham University with a first-class degree in economics.

Kitchener, who recently graduated from the Three Pears Warriors Academy to the senior squad at Sixways, was rewarded for four years of combining rugby with studying by graduating with top marks in his BSc degree.

“I was pleasantly surprised. With the marks I got in the previous years I wasn’t really expecting it,” Kitchener said.

“It has helped doing my degree over four years rather than usual three. It’s given me a bit more time to channel all my efforts to getting the best mark possible, so it was really nice to come away with that.” Could Darcy do this?

Kitchener is not the only Warriors player to have obtained a degree in the past 12 months. Lock Justin Clegg graduated from Durham University last year with a degree in geography and this summer scrum-half Michael Heaney (sport and exercise science at Ulster University), flanker Sam Lewis (sport science at Worcester University) and prop Joe Morris (biomedical science at Oxford University) have also graduated.

Developing skills away from rugby is something that all Warriors players are encouraged to do by Lynette Cutting, the club’s Honorary Education Officer.

Cutting, the mother of Academy hooker Beck Cutting, is a retired Further Education College Principal who has become an important figure behind-the-scenes at Sixways since she joined Warriors in 2015.

“Lynette has made a big impact since she joined the club. She makes the lads aware of what is out there and encourages them to get stuck into something away from rugby,” Kitchener said.

“It doesn’t have to be a degree. It could be something more vocational, it’s whatever takes their fancy.

“The number of guys who have recently graduated or obtained vocational qualifications shows how much of an impact she has had.

“In rugby you can get quite a bit of free time in the afternoons. Not everyone will want to do a full-on degree but it’s good to take your mind off rugby and test yourself in a different environment. I have enjoyed that aspect of it.”

Kitchener was presented with his degree at a recent ceremony in Birmingham which was attended by family members including his brother Graham, a lock who has re-joined Warriors from Leicester Tigers.

Having obtained a first from one of Britain’s top Red Brick universities, Kitchener is keen to use it to help gain some work experience with local companies.

“I have got a few ideas in my head. It will be nice to have a bit more of a look this year and get some work experience with a couple businesses to rule out or rule in potential careers after rugby,” Kitchener said.