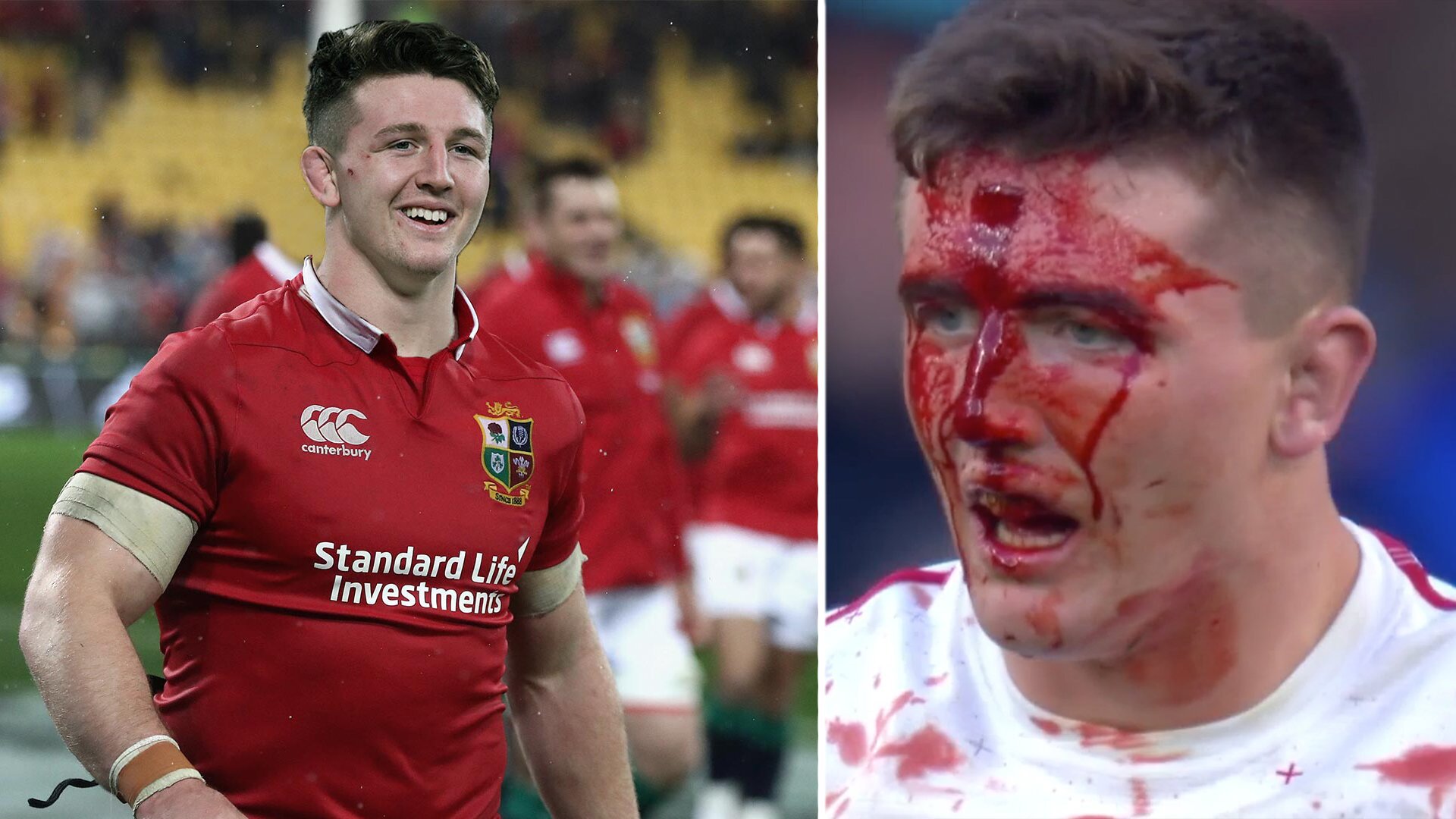 Tom Curry is one of, if not the best flanker in Europe right now. A highlight reel dropped last night with proof that Tom Curry must be the first name on the Lions Tour in 2021.

Tom Curry has risen through the ranks for England ever since 2017, when he put in a match-winning man of the match performance against the Barbarians. Ever since then he has been touted by many as England’s next long term flanker in the back row.

There was a massive battle between him and Bath openside Sam Underhill, however it now looks like England coach Eddie Jones has found a way to make them work well together as a 6 and 7.

The pair were nicknamed, “The Kamikaze twins” during the World Cup for their destructive performances in the back row.

For the 2021 Lions Tour to South Africa, debate is getting fierce around a potential back row for the tour. Tom Curry is a Lions starter for sure.

It is hard to look past an all-English back three, with Curry at 6 Underhill at 7 and Vunipola at 8. However, with Scottish terrier Hamish Watson impressing us and many others, and Tipuric for Wales always showing his class, it could be a tight-fought affair between all the nations to see who comes up against the Bok back row.

A new video by brilliant videomaker Andrew Forde has dropped and it shows exactly why Tom Curry should be the first name on the team list for the men in red in 2021.

The video is named, “Tom Curry, Master of the Breakdown” and it focuses on just how dangerous the 22-year-old is in all parts of the game. From his ridiculous work ethic to his stealing the ball on the ground. He is what is needed to counter Pieter Steph du Toit in a rematch of the World Cup final in 2019.

This is a brilliant new  video, which was just released today, showing how great he has been recently.