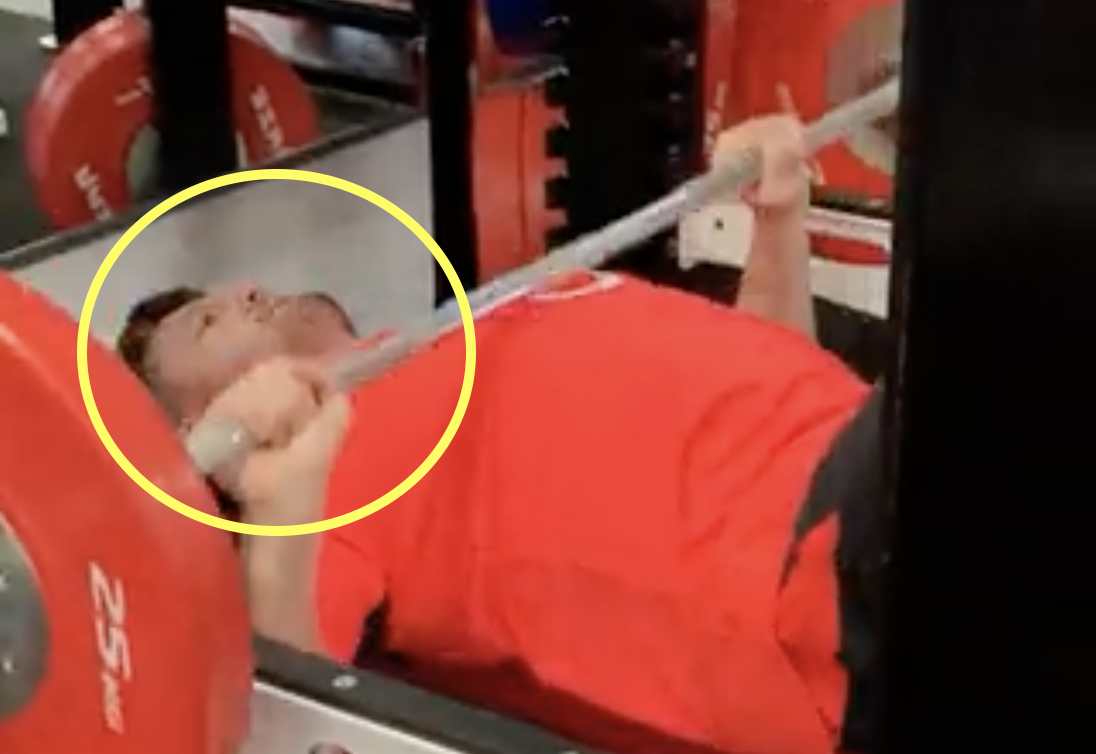 England’s training camp in Jersey is well underway and the players have been put through their paces in the gym this week.

A video was shared by England on social media of the session, and it looks fairly hectic time for the players. One player that has not been able to escape criticism is Tom Curry, whose bench pressing form has been picked up by former England and Sale Sharks star Mark Cueto on Twitter. Unfortunately for the British & Irish Lions openside, he was the only player to be seen benching in the video, and it is one exercise that is bound to be commented on, with Cueto calling him out for doing half reps.

Take a look at England’s session:

England squad to take on Tonga, Australia and South Africa in November: