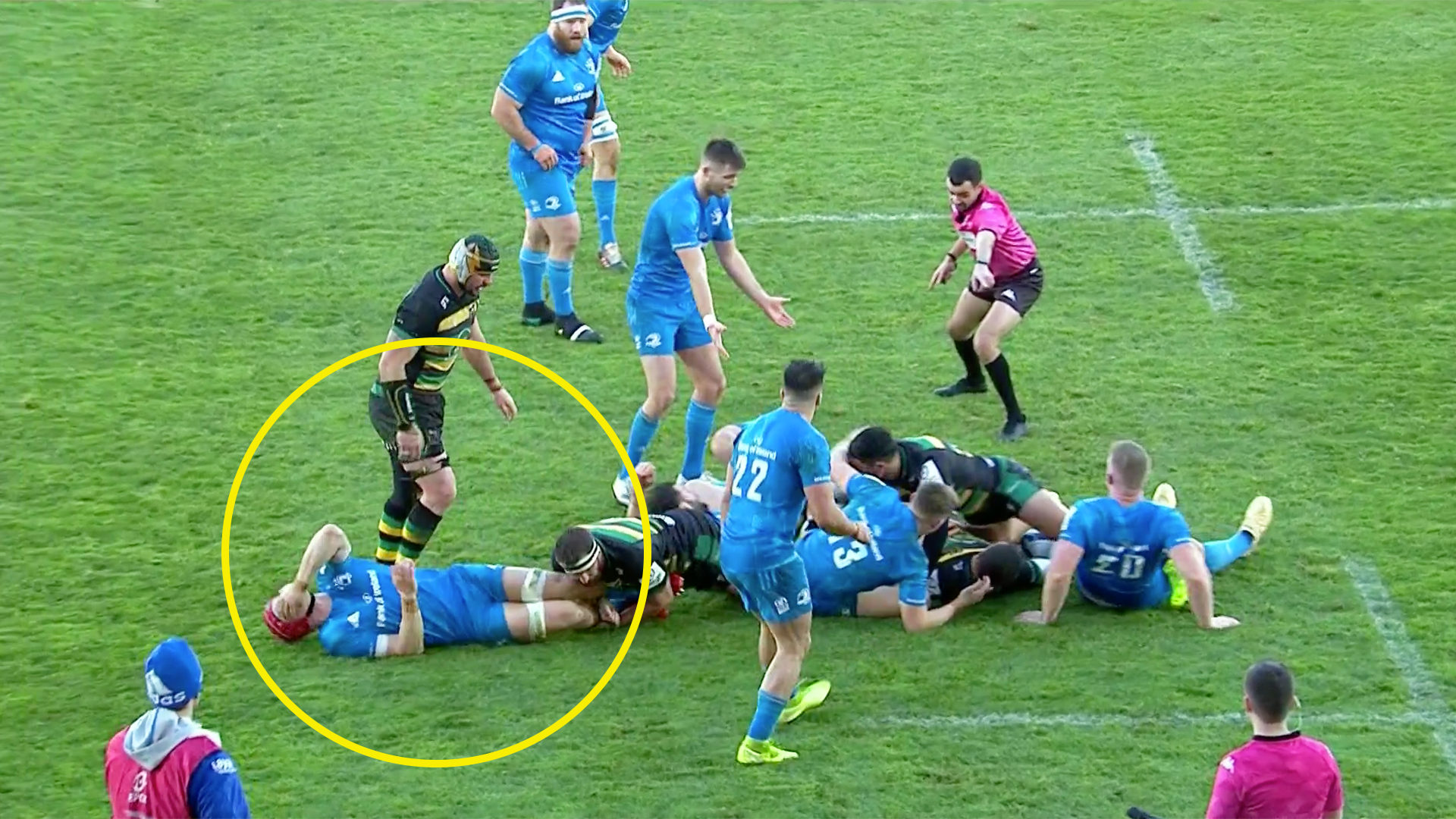 Tom Wood was lucky to stay on the pitch earlier today in the Champions Cup clash between Leinster and Northampton Saints at the RDS Arena.

The match had been a high scoring affair up to this point but this incident has really seemed to have left a bitter aftertaste for fans after the former England back rower escaped a red card for this moment.

Fans took to social media immediately after the call – outraged at the referee’s decision.

The moment in question occurred in the last quarter of the game with Leinster holding a comfortable lead over the visitors.

This was the incident from today’s Champions Cup clash that enraged fans.

How do I explain to my grandchildren that this wasn’t a red card for Tom Wood? 😳 pic.twitter.com/NwQ73Zad1u

Supporters took to social media to air their anger at the decision from the referee.

Is the Brian O’Driscoll currently defending Tom Wood’s right to smash Van Der Flier in the head at the ruck on BT Sport the same BOD who spoke three days ago about the duty of ex-players and pundits to change the way they talk about these incidents given the CTE lawsuit?

Should be a red for Tom Wood. That’s the way it has to be now

“Some things have be be signed off,” says O’Driscoll.

Nothing nasty from Wood but definitely not and “accidental collision”, which ref Pierre Brousset claims it was

Fans seemed to also be angered at the comments from Brian O’Driscoll on the commentary team who referred to it as ‘a good clear out’.

Tom Wood’s mate Jim Hamilton says it should’ve been red. Lots of fairly conflicting and confusing opinions from ex-players on the commentary team 🤔

How has Tom Wood not been sent off there? The citing officer is surely going to take a different view to the ref there. Horrible shoulder-to-head clearout.