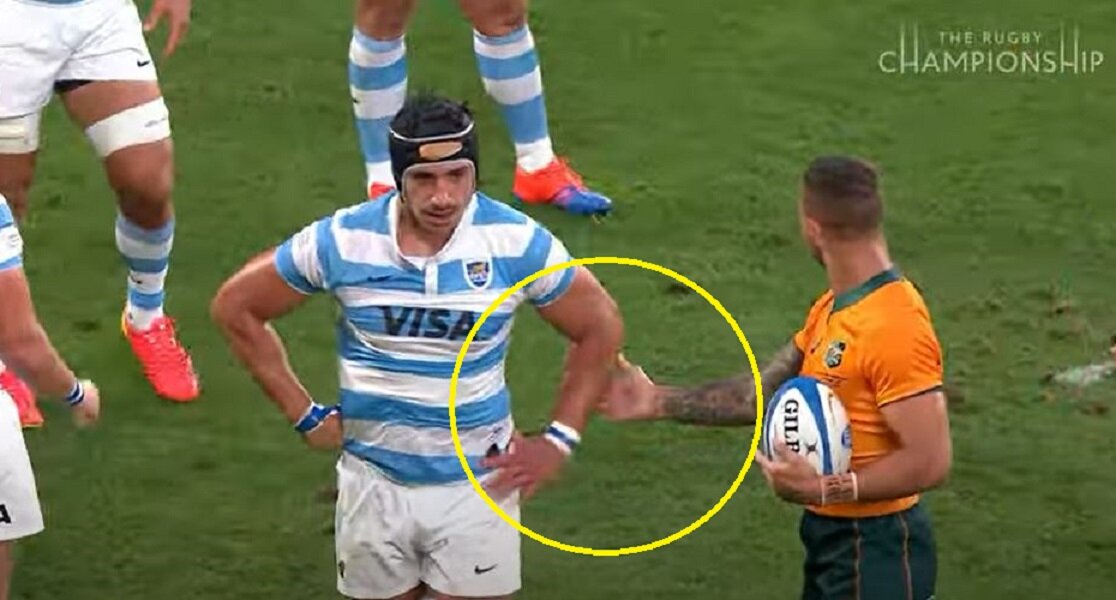 Lavanini lashes out at Quade Cooper as he’s sent off

Rugby’s most violent man – Tomas Lavanini – has lashed out at Quade Cooper as was sent off for 10 minutes during the Rugby Championship game.

Cooper – who is an extremely good sport and very brave – tried to console the 6’8, 128kg monster Puma after he was given his marching orders by Jaco Peyper.

The cheap shot and dark arts master had tried to collapse a lineout before the player had landed, which simultaneously broke about 12 different rules and was described by Peyper as ‘very dangerous’.

Lavanini was having none of it and marched off angry. When noble and fair Quade tried to console the brute, he violently slapped back his hand.

It was a moment to savour but also a moment to be disgusted by. Have we got to 300 words yet?

Lavanini is rugby’s dirtiest player and it is said even Eben Etzebeth fears him and regularly wakes up in the middle of the night, not knowing where he is and fearing Lavanini is about to grab him by the chuffs.

IN OTHER NEWS: SARACENS have announced that a consortium of investors has agreed terms to acquire a majority controlling stake and that the club’s shareholders will invest significant new funds by means of a capital raise.

The capital raise results in a total investment of GBP 32 million of new funds into the club. Aside from maintaining the club’s position at the top of the men’s game, the new funds will be used for a variety of other purposes, including completing the redevelopment of the West Stand; further investment in women’s sport; and the establishment of a high performance training centre.