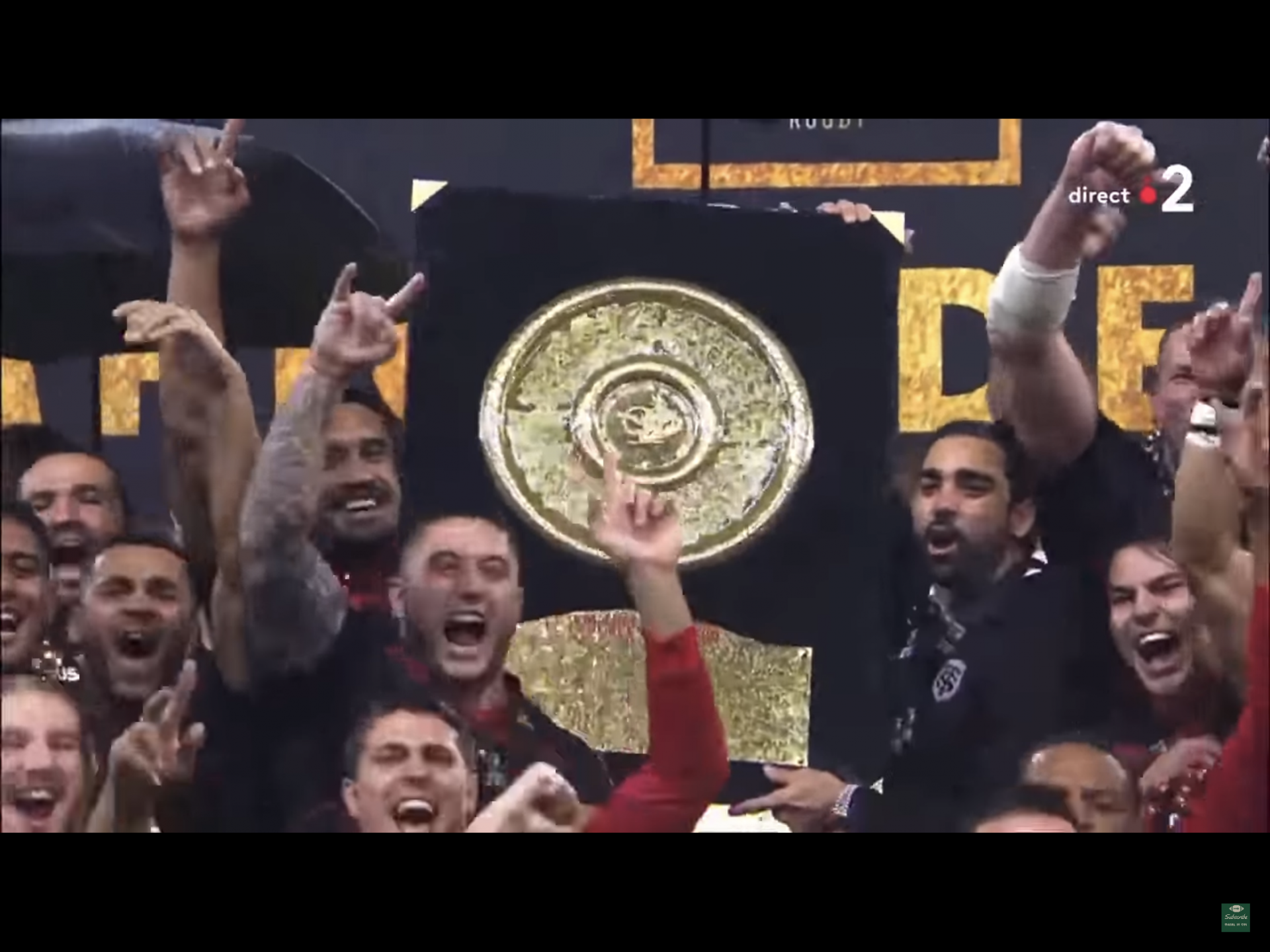 There’s no better way to celebrate winning a historic European and domestic double than on the beach like Toulouse did this weekend.

The French giants secured their 21st French title on Friday at the Stade de France, beating the same opponents as they did to win their fifth Heineken Champions Cup last month, La Rochelle. This final was less nail-biting however, as Toulouse ran out 18-8 winners to bag their second European and domestic double ever, and first since 1996.

The players celebrated in style, taking the Bouclier de Brennus and Champions Cup trophy to the beach, where prop Cyril Baille was able to pose for a picture that very few have been able to do. The 27-year-old used the European trophy as a pillow and the Top 14 shield as a blanket as he lay on the sand.

This may become a bit of a tradition for Toulouse, who celebrated in similar style in 2019, when they won their 20th French title. Romain Ntamack was seen surfing with the Bouclier de Brennus on that occasion. Baille has been able to go one step up, however, with the Champions Cup added to their trophy cabinet as well.