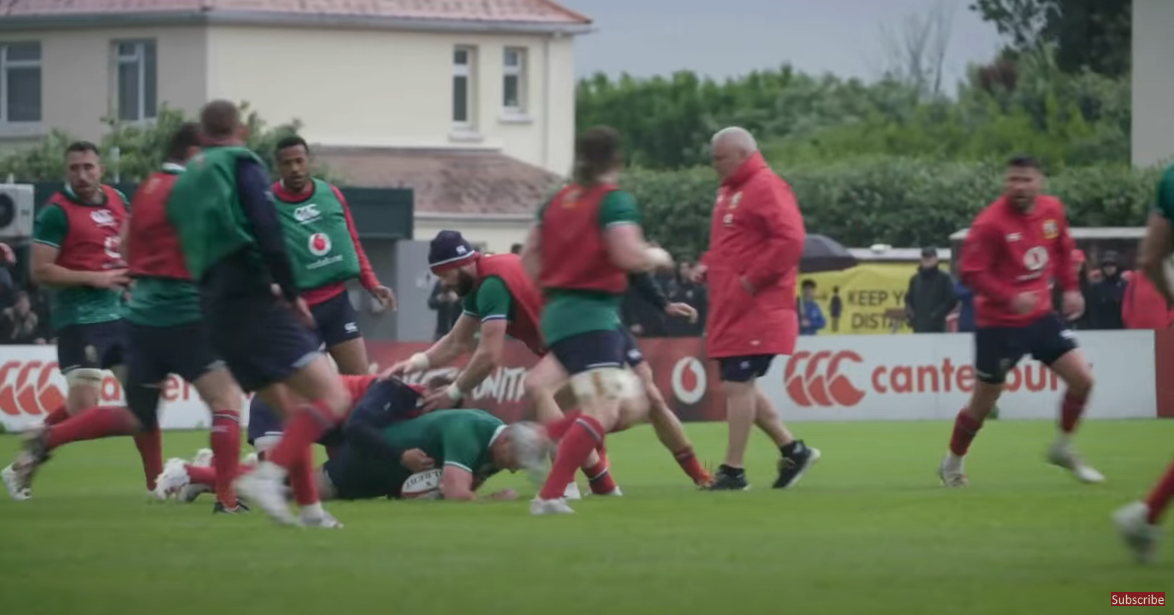 Photos have slowly been emerging of 22-year-old Marcus Smith with the British & Irish Lions after the England and Harlequins fly-half received the call-up to the squad on Saturday.

First photos were revealed of him in kit, and now of him training with the squad. While they look like any normal training ground photos, one was particularly telling. The fourth photo of a Lions Instagram post on Tuesday showed Smith standing at first receiver with Owen Farrell outside him. This is an early indication that Smith and Farrell are going to work together at 10 and 12 in the same way Finn Russell and Farrell did earlier in the tour, or how George Ford works with him with England.

With Farrell looking like a strong contender to start against the Springboks on the back of his performances this tour, this could be an even bigger sign that Gatland is still not looking at deploying the England captain at fly-half, meaning Smith could have a meteoric rise and start alongside him in the Tests. Of course, Dan Biggar is still an option at No10, but it seems highly unlikely that Gatland would play Biggar and Farrell alongside one another.

Biggar is due to start against the monstrous South Africa A this Wednesday, while neither Smith nor Farrell are in the squad. That means both are likely to play in the final match before the Test series against the DHL Stormers on Saturday, where Gatland may have one chance to see how the English duo work together. There is no doubt that Farrell would have been training at fly-half this week as well, but this latest photo may have dropped a major hint about what is in store over the next few weeks.