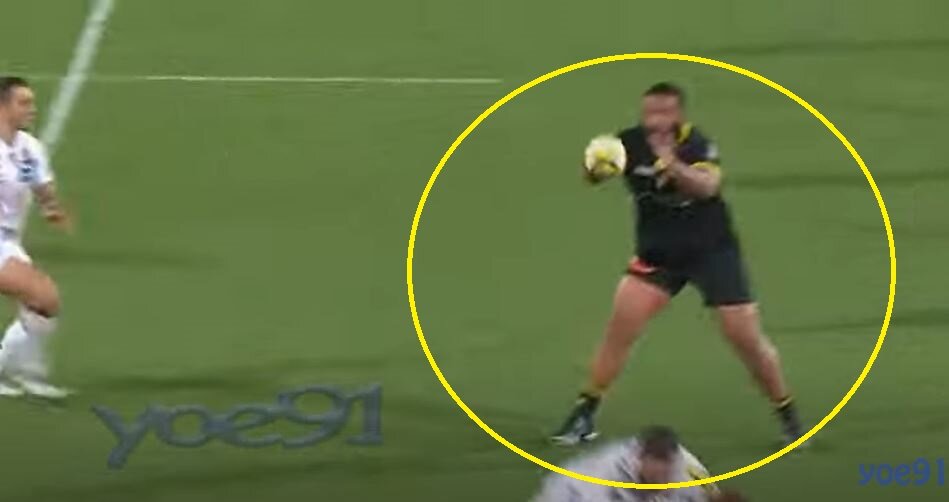 Uini Atonio has had his prop license revoked after he was filmed carrying out a disgraceful act in the Top 14.

Atonio can clearly be seen passing the ball between his legs, a skill that has never been attempted before by a prop [checks notes] ever.

Not only has Atonio’s propping license been revoked, he almost certainly faces exclusion from Prophalla, not to mention a full-blown investigation by Propland Yard.

In his defence, he’s lost weight from a high of 152kg, a physical shift that may have affected his thinking in the lead up to this frightful incident.

It’s the latest in a spate of similar incidents in rugby union.
CREDIT: Yoe91

In other news: Experienced trio Rory Arnold, Kurtley Beale and Will Skelton will all make their return to the Wallabies against Scotland at Murrayfield on Sunday afternoon (local time).

Arnold will reignite his second row partnership alongside 2019 Rugby World Cup teammate Izack Rodda, while Beale and Skelton will make their returns to the Test arena via the pine, the latter last appearing for his country in 2016.

Queensland Reds playmaker James O’Connor will wear the number 10 jersey for the first time this year, partnering Nic White in the halves, the duo playing their first Tests in the United Kingdom since 2011 and 2014 respectively.

Up front, tighthead prop Allan Alaalatoa returns to the starting side alongside club teammates James Slipper and Folau Fainga’a in the front row.