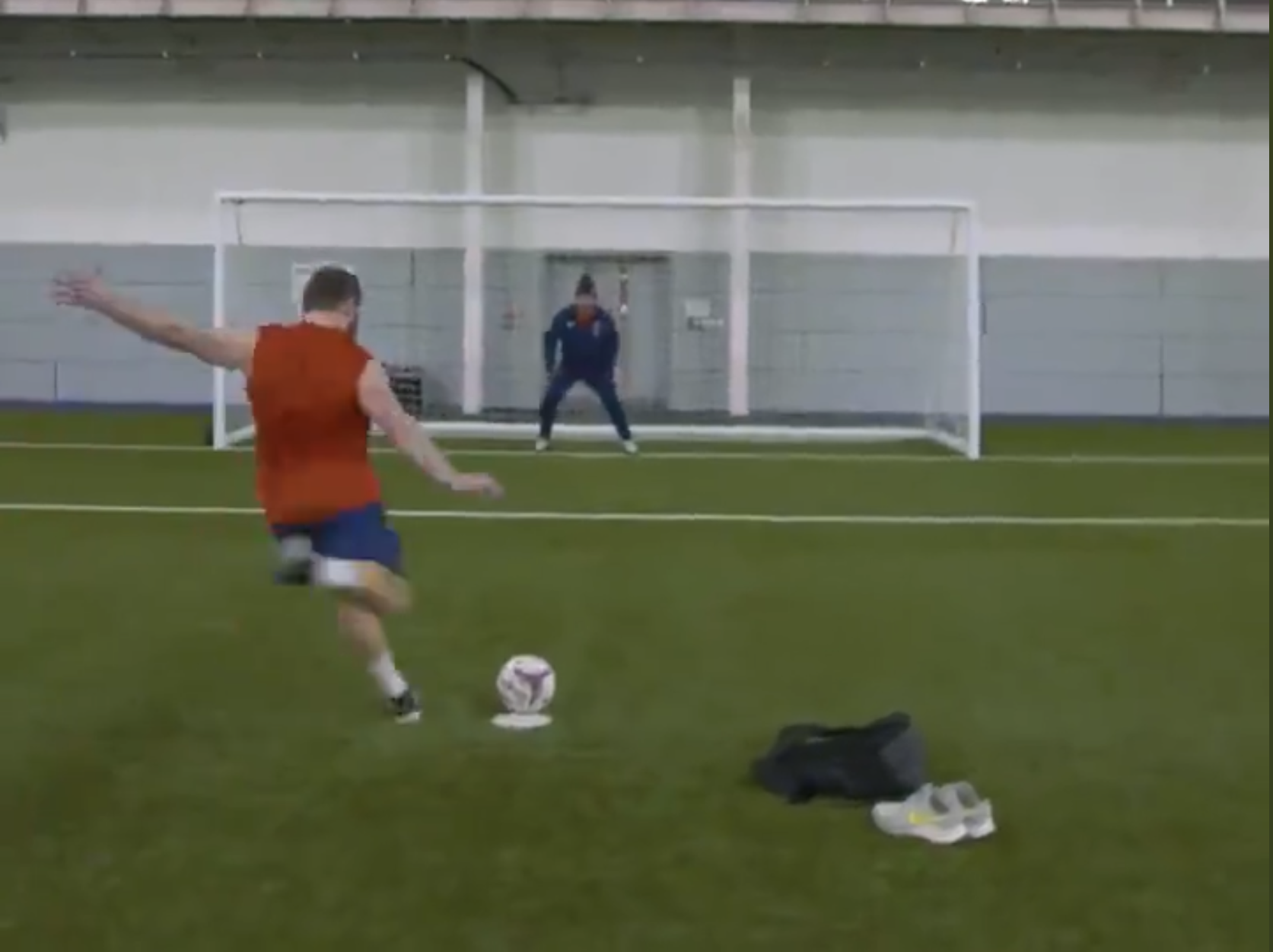 England Rugby have shown their support for their footballing counterparts ahead of their round 16 clash with rivals Germany in the European Championship by sharing videos of their players’ footballing skills.

This included loosehead Ellis Genge kicking a ball into a basketball hoop, although more credit may need to be given to England’s video editing team than Genge himself.

However, there was another video shared of Genge’s front-row partner Luke Cowan-Dickie nailing a penalty at training. This must have been done in a previous England camp, as the Exeter Chiefs hooker is currently in South Africa with the British and Irish Lions, but it was still worth sharing.

The 111kg hooker is not necessarily the first person in the England squad that fans would expect to have some demon footballing skills hidden away, but he can take a good penalty. The football team have a long history of struggling in this department, and unfortunately Cowan-Dickie was too busy to give any lessons before the Euros.