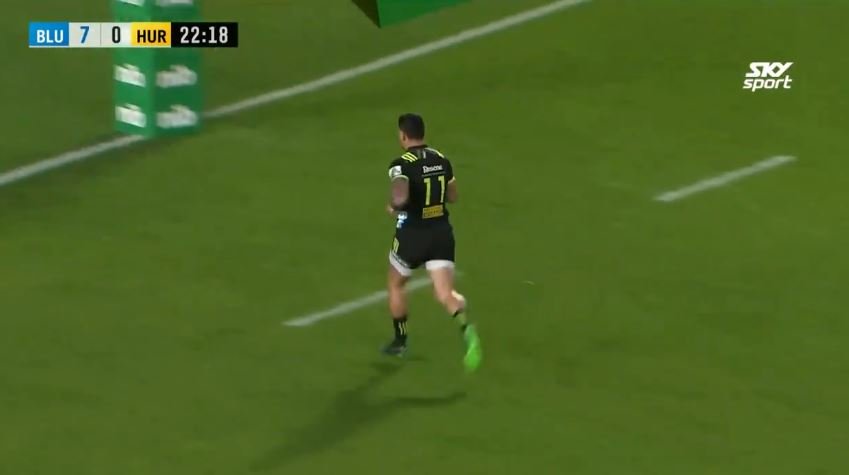 VIDEO: Ben Lam makes mockey of his All Black snubbing

The Hurricanes came away with a 22-12 win against the Blues on Friday at Eden Park to keep their playoff place secure.
The Hurricanes spent huge amounts of the game absorbing a lot of pressure in their own 22, but a combination of great defence and profligacy by the Blues meant John Plumtree’s team came away with the win.

What the ‘Canes did do remarkably well was take their chances when they arose, something their opponents could not do. This was no clearer shown than their first try of the game, scored by winger Ben Lam who went over with his first touch of the ball after a quarter of the match.

The 27-year-old received the ball at the halfway line and went on to beat five defenders to run in for the score. This was after a period where the Hurricanes had been camped on their own line, withstanding a barrage from the Blues.

The former New Zealand Sevens star Lam has been in fantastic form for the Hurricanes this season, and while he is not in Steve Hansen’s plans, that does not stop him from being one of Super Rugby’s most dangerous outside backs. He effortlessly seems to be able to run through or around defenders and his 6ft 4 frame simply eats the ground up.

No matter how much pressure the Hurricanes are under, they will always know that with players like Lam on the field, a try can come from anywhere.