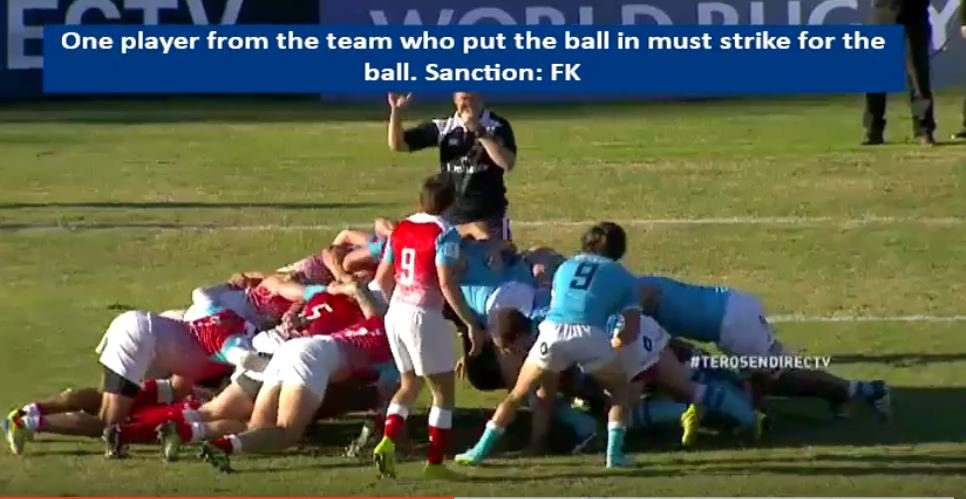 VIDEO: Live action footage shows what a farce new scrum feeds will be

No signal from referee. The scrum-half must throw the ball in straight, but is allowed to align their shoulder on the middle line of the scrum, therefore allowing them to stand a shoulder width towards their own side of the middle line.

Rationale: To promote scrum stability, a fair contest for possession while also giving the advantage to the team throwing in.

Striking after the throw-in
Law 20

Once the ball touches the ground in the tunnel, any front-row player may use either foot to try to win possession of the ball. One player from the team who put the ball in must strike for the ball.

Rationale: To promote a fair contest for possession.