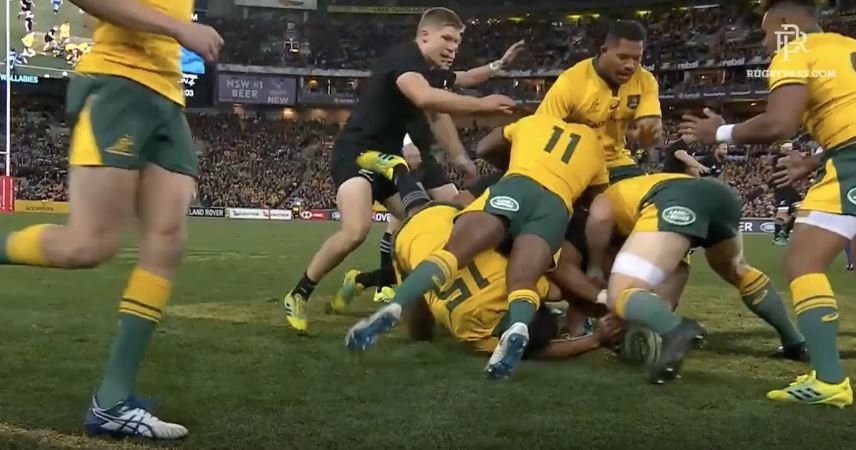 VIDEO: Naholo clearly spear tackles Folau which apparently is only a penalty now

If this was a Samoan, Italian, Tongan, Georgian, Fijian you’d be looking at a red card.

If it was an Englishman, an Aussie, a Saffa, an Irishman or a Welshman, it would be a yellow.

But’s it’s an All Black so it’s only a penalty.

Wallabies fullback Israel Folau left the field midway through the second half and finished the night on crutches after rolling his ankle upon landing on a New Zealand foot, and this incident probably played into that injury.