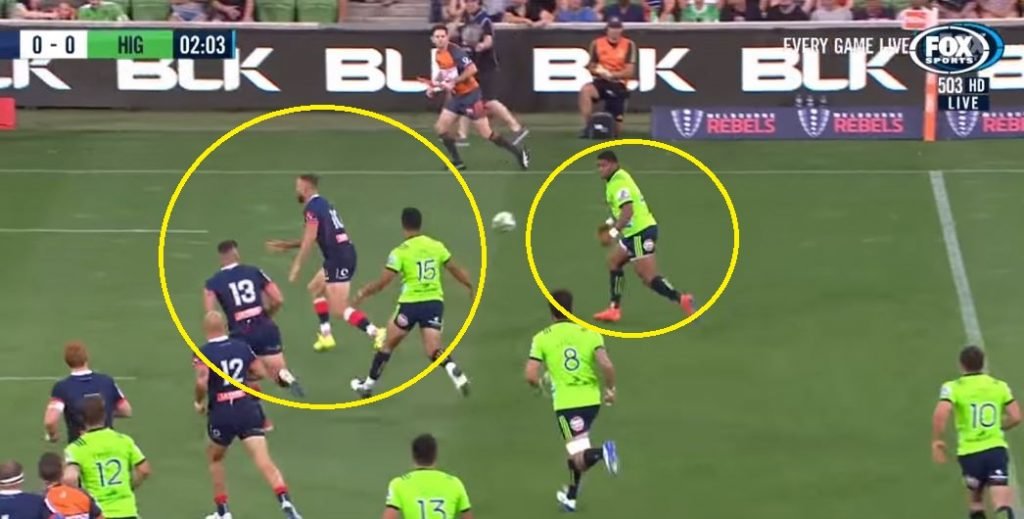 One of the hottest topics in rugby at the moment is the return of Quade Cooper to Super Rugby.
The 30-year-old has starred in the Melbourne Rebels’ opening two matches of the season, displaying his full array of tricks and skills in both matches.

A year in exile has done the fly-half no harm, as he looks to be the same, or better, than he was before. However, that is not always a good thing. His defence was never one of his strong points, and it doesn’t look like it has improved, as all could see when the Highlanders’ Waisake Naholo ran into him:

Teams have often done quite well in the past hiding Cooper in the backfield, and this is what the Rebels tried here from a lineout. However, the 10 was forced to rush up into the line only to be thrown back almost five metres by the All Blacks winger.

In fairness to Cooper, his defence has not been exposed that badly throughout in the opening rounds of the season. He was swatted away by Naholo in this instance, but at least he was slowed down. Additionally, he made some crucial tackles in roune one, particularly a try-saving tackle on Tevita Kuridrani. Nonetheless, this is not a tackle he will want to remember.