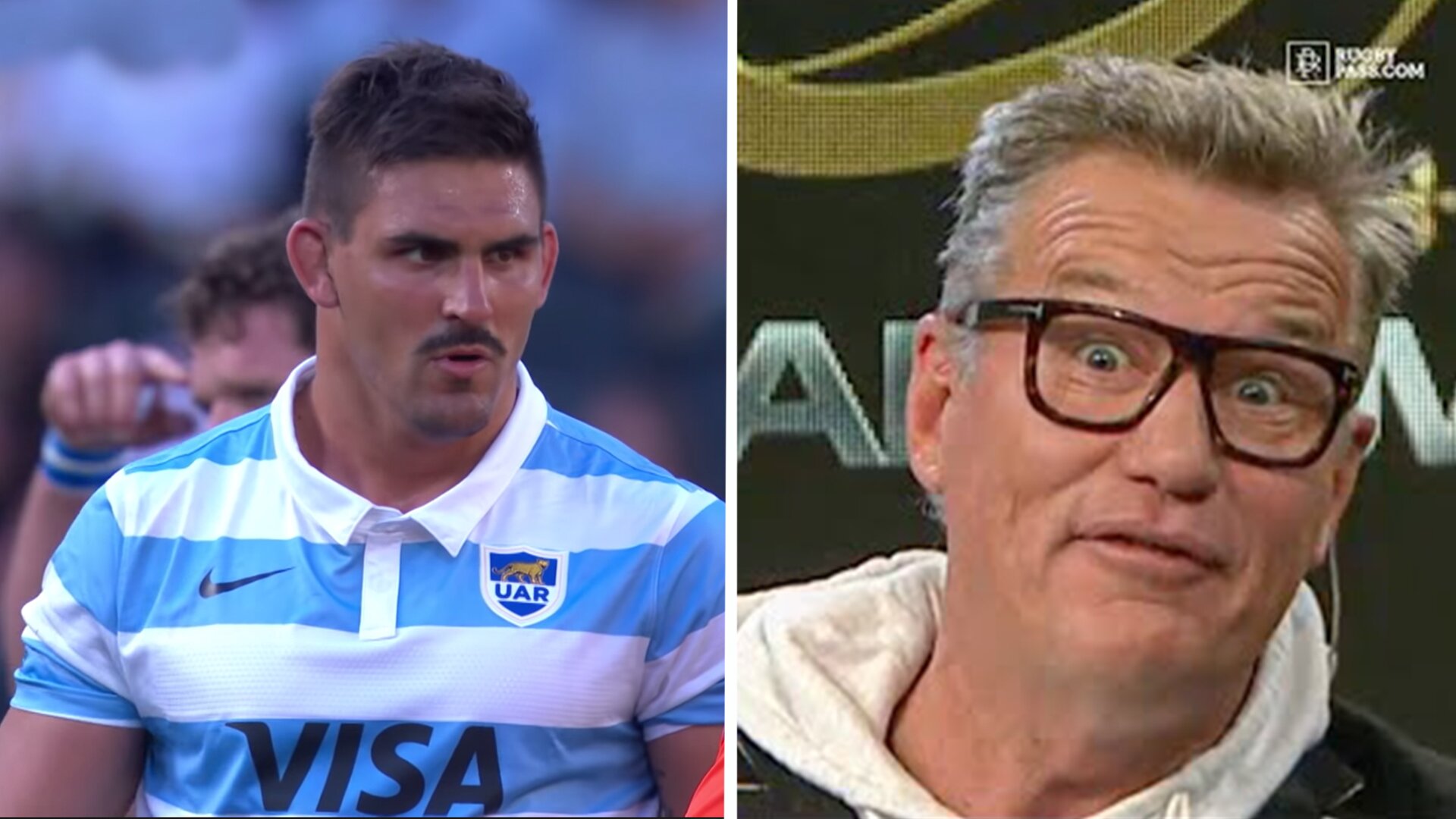 A video showing kiwi pundits writing off Argentina before this weekend’s Tri Nation’s match is going viral on social media.

A video from last week’s episode of “The Breakdown” which focuses on New Zealand rugby, is going viral for all the wrong reasons after a clip emerged showing the panel basically writing off the chances of the Pumas before their clash against the All Blacks.

Argentina recorded a famous victory against the men in black on Saturday, their first ever over them.

I’m just thinking about the mitigating factors for the Pumas. They’ve all had COVID, they haven’t played for twelve months. They’ve been in Australia and they’ve played the Barbarians. We can beat them, we can beat them.”

All the talk was about should they play a second-string team.

He then went on to say, “when have the All Blacks last lost two in a row”.

The comments held nothing back on them!

Karl van Beek – ‘They’ve all had covid, they haven’t played for 12 months, they’ve been in Australia and they’ve played the barbarians” and the ABs still can’t beat them

Herbert Graham – “They have all had Covid, they haven’t played in a year, rest Cane , rest Whitelock…we cannot lose this weekend” Sir Laugh a Lot! And Mils was just as arrogant.

Albert van Lingen – This will go down as the funniest “got it wrong” media moments of the decade 😂 thanks JK……. Hours later and I’m still laughing

Mark – Irishman who lives in NZ here, WOW! Now that’s what I call commitment, passion and ones love for there country. Argentina this is long overdue, you have been bitting at the heels of top opposition for year’s and at times haven’t had much luck on your side. Today you didn’t need it as you played out of your skins for +80 minutes, kudos to the many humble New Zealand fans who have praised such a comprehensive Argentinean victory. We are blessed with such an amazing International Rugby community of brotherhood/sisterhood, it’s nice to be back! VAMOS CHICOS! SUERTE MI AMIGOS