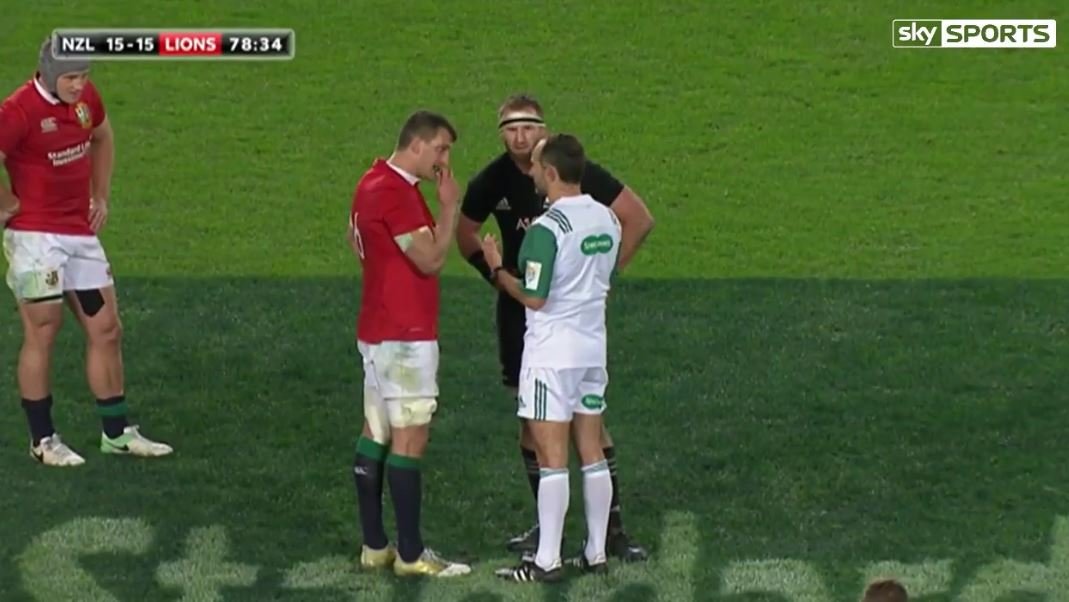 When a player knocks-on and an offside team-mate next plays the ball, the offside player is liable to sanction if playing the ball prevented an opponent from gaining an advantage.

Poite deemed that no advantage was gained.