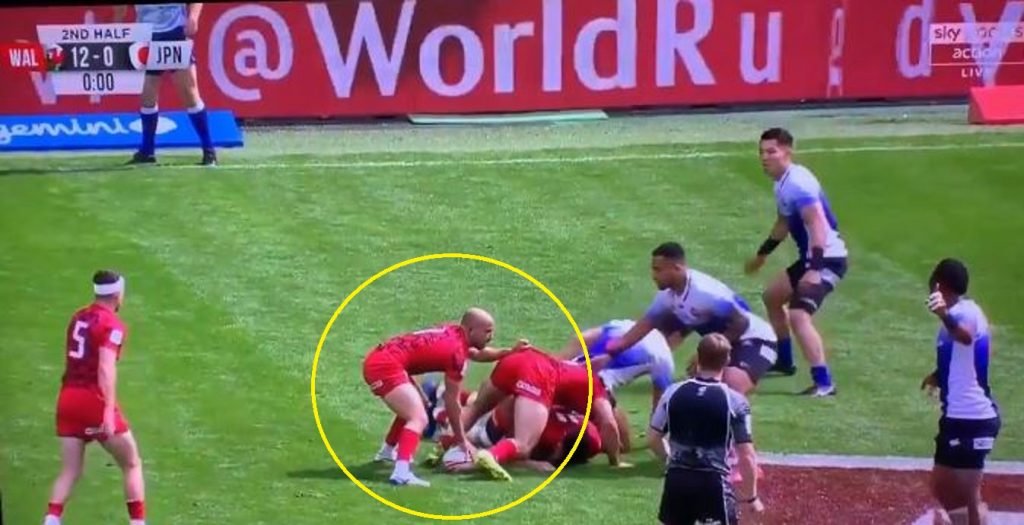 VIDEO: The ‘dummy kick out’ the latest craze sweeping Sevens

It’s highly unorthodox, but the dummy kick out could be the most incendiary and brazen tactic in the history of rugby.

Here the frankly mad Welsh Sevens team invent and use the tactic to great effect – at the London 7s of all places.

Fiji were crowned champions of the HSBC London Sevens for the second year running after a thrilling 43-7 victory over Australia on Sunday.

As well as taking home the coveted silverware, Fiji also celebrated earning qualification to the Tokyo 2020 Olympic Games at Twickenham this weekend after guaranteeing a top four finish on this season’s HSBC World Rugby Sevens Series.

Fiji will be joined in Tokyo by USA and New Zealand who also booked their spots at the 2020 Olympic Games this weekend, alongside Japan who were awarded automatic qualification due to host nation status.

South Africa, who sit in fourth position, will need to take to the field of play at the HSBC Paris Sevens next weekend to officially qualify for the Tokyo 2020 Olympics.

In front of 85,471 fans across the weekend at a the iconic Twickenham Stadium, Australia and Fiji lined up against each other in what was their fifth Cup final meeting in the history of the HSBC World Rugby Sevens Series.

Vilimoni Botitu set Fiji off to a flyer and a steal from the restart ended with Aminiasi Tuimaba taking two Australians over the line with him.

Australia simply had no answer to Fiji’s passing with sublime offloading paving the way for Tuimaba to complete his hat-trick before the break.

Joe Pincus gave Australia brief hope but a line-out error enabled Josua Vakurunabili to pile over and restart the procession. Alasio Naduva flew over in the corner then powered through for Fiji’s seventh try of a spectacular finale.

Commenting on his team’s gold medal win, Fiji Head Coach Gareth Baber said: “Obviously we found it tough in the first four or five minutes when Australia put something in – we knew they’re a good side and a tough side to play against – so we knew that we needed to get some scores on the board, and we did it with some style.”

On back-to-back HSBC London Sevens wins and securing Tokyo 2020 Olympic qualification, Baber added: “It’s not just down to the boys and the staff who are here but it’s down to everyone back home in Fiji too. The supporters here have been fantastic all weekend – we thank them all and we hope that they continue to do it.”