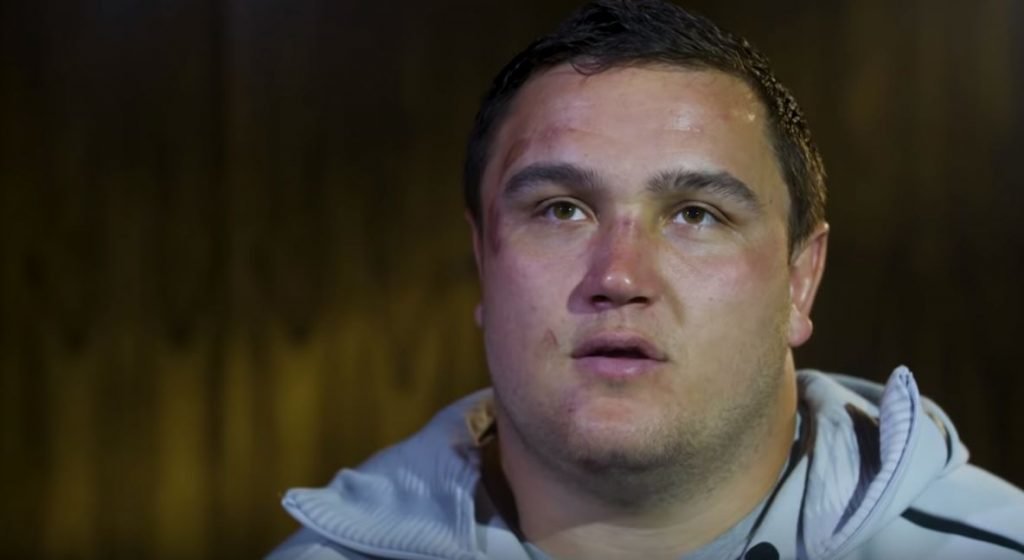 VIDEO: The top 5 hookers Jamie George has played against

England hooker Jamie George has shared the top five hookers he has faced throughout his career, with some interesting selections.

The 28-year-old has just come from a Man of the Match performance against Glasgow for Saracens in the Champions Cup quarter final, and is widely revered as one of the best hookers in the world.

Watch who he has picked:

George has gone for an interesting and diverse selection of players, with different traits. He has gone for Benjamin Kayser and Tatafu Polota-Nau for their scrummaging ability. The Australian is a formidable hooker physically, and would have had a number of encounters with George in the past.

All Blacks hooker Codie Taylor was also selected by George for his physicality in defence, as both players went head-to-head in the fiercely contested British and Irish Lions tour in 2017.

George would have also toured with Ireland captain Rory Best during that series, who also makes his list. The Saracen credits the Ulster man for doing the basics well and his leadership qualities.

Finally, George has selected his long time teammate Schalk Brits, which is one selection that was bound to happen. George praises the South African for what he can do on the field, and his unique abilities. The England hooker is renowned for being remarkably well rounded, and has a passing range that few hookers can match. However, in terms of skillful hookers, Brits is surely the most talented in the world with ball in hand, despite now being at the age of 37.