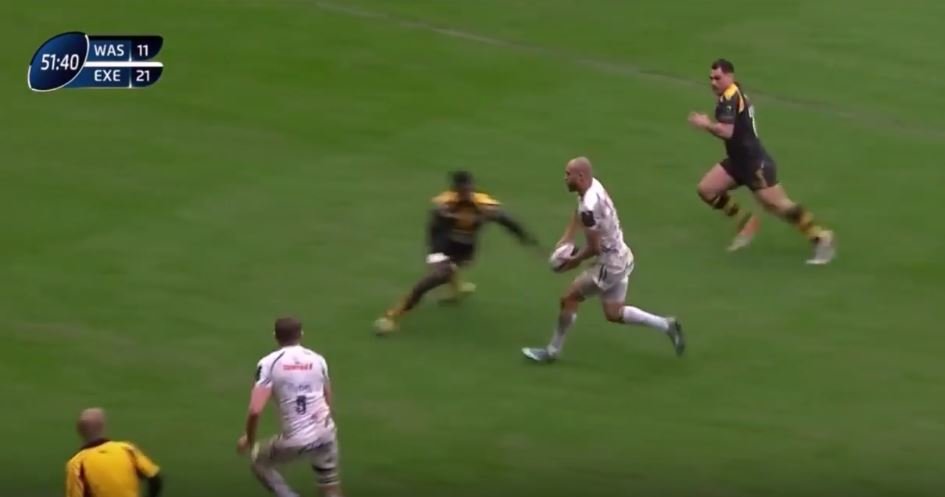 We ran a video last night from Raw Rugby of the ridiculous attacking skills of Christian Wade, and suggested he’s unfortunate not to be involved in Eddie Jone’s England setup.

As usual when you mention the issue of Wade not being making the England team, at least 50% of people will say his defence is not up to scratch. However, as anyone who regular watches Wade knows, his defence and abilities under the highball have improved beyond recognition. This video demonstrates as much.