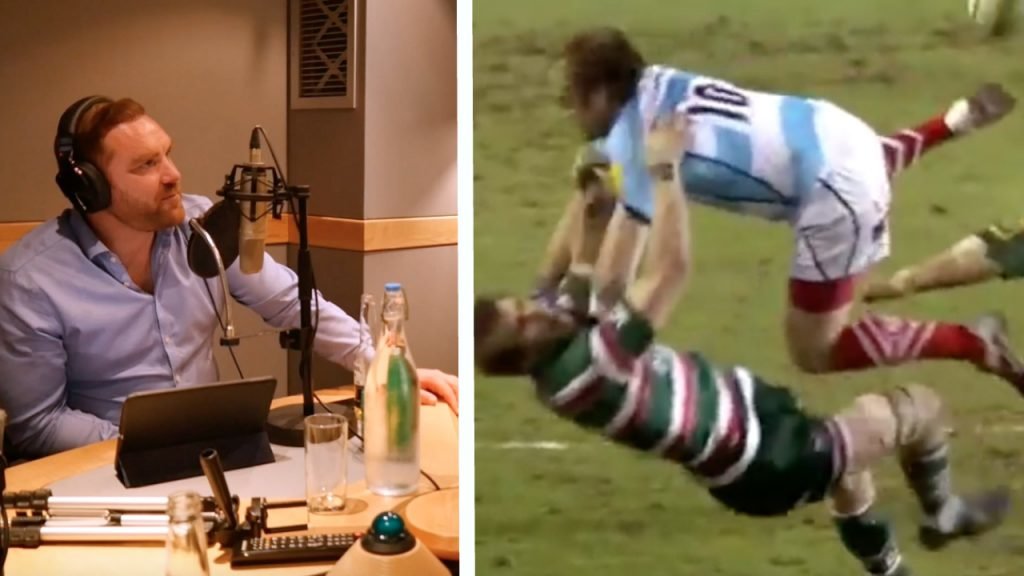 VIDEO: Wayne Barnes recalls time he sent off Andy Goode after he attempted to bribe him with cake

The Rugby Pod were sent back to the time vault this week when Wayne Barnes was invited to call in. The hot topic of discussion was of course the Champions Cup final in Bilbao which Barnes officiated.

However another hot talking point was when Barnes recalled the time he was forced to send off Goode, after a dangerous forearm to Tom Croft’s head.

We won’t spoil it so we will just let you watch it in it’s entirety.