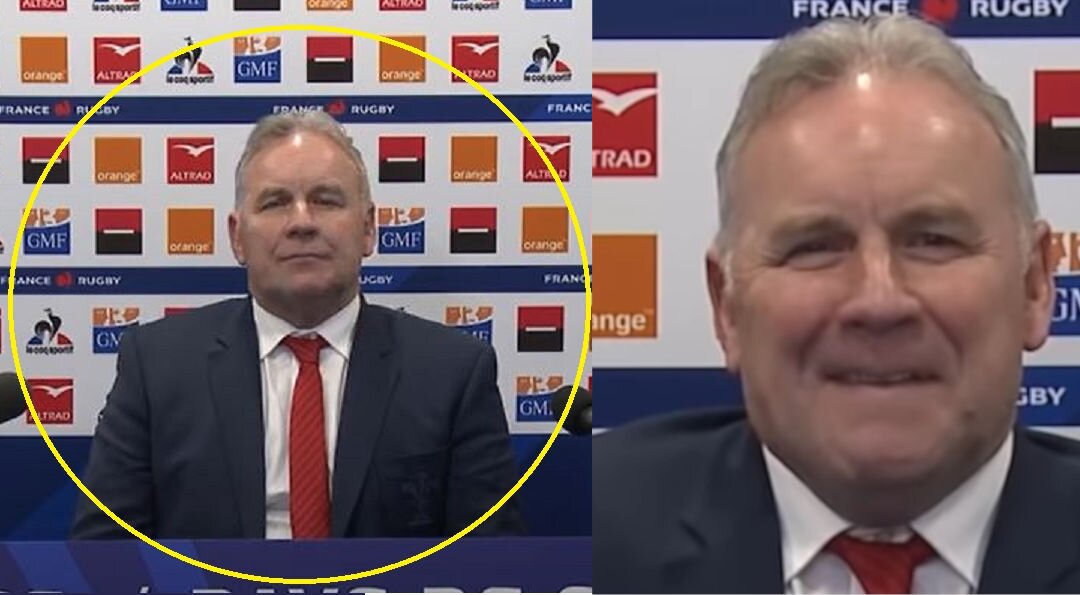 Most of this is actually genuinely sad. Wayne Pivac who, up until 2021, everyone in Wales wanted police to give a restraining order from the Welsh national team to, is clearly choked-up, devastated and put out by Wales’ tragic loss to France in Paris.

In an act of pride, Pivac refused to speak French to the press corp, and demanded that everything he said be translated from his native Welsh.

But the best bit is when Wayne starts breaking his s*** laughing when asked about French coach Fabien Galthie’s accusations about the Wales players trying to get players red-carded.

Galthie said: “If you watch the Wales players, it feels like they specialize in making sure opponents get red cards,” Galthie claimed. “Their body language is quite clear, I hope the referees take that into consideration. I don’t think he deserves a sanction.

“If you watch the video there is clearly no contact, or if there is it’s clearly very limited. It’s absolutely not voluntary. I believe we need to share this, I don’t see why he should be sanctioned.”

Was his laughing proof that Galthie was right? He refused to actually deny Fabien’s claims?

Pivac’s word before the game were really interesting.

“We are all looking forward to Saturday and to the finale of the Six Nations,” said Wales head coach Wayne Pivac. “We are four from four to date but know this weekend will be a great challenge against a very good French side, but we are looking forward to it.

“We know we need to step up from our previous performances and we want to end the tournament with a performance we know we are capable of.

“We have had great continuity in selection throughout the tournament and that is shown once again with the selection for Saturday.”

No mention of the players wanting to get the French red carded, which is proof enough in our book that Wales are not at this.