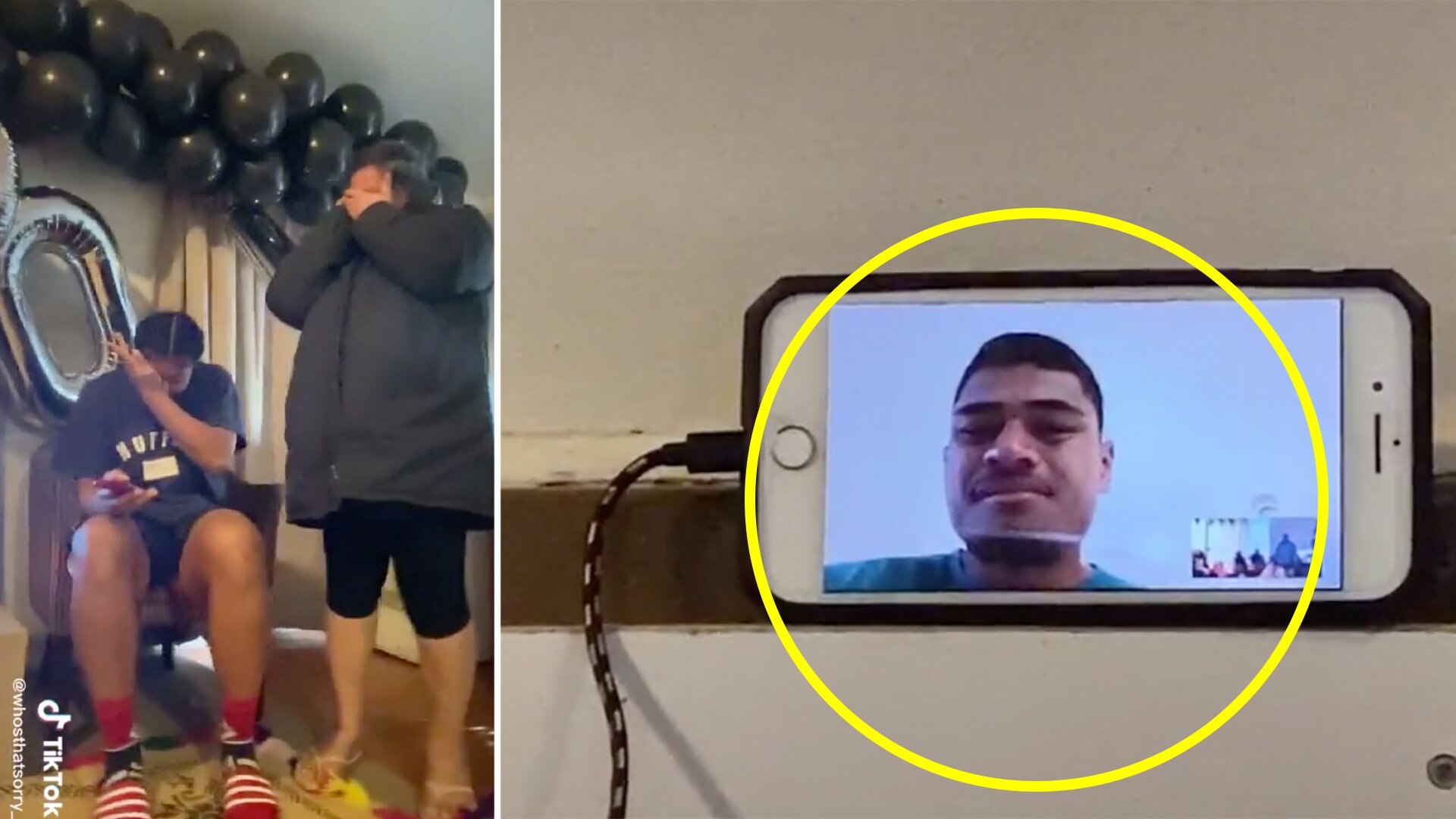 The All Blacks today announced their 2020 squad for the season, with a whole host of new players making the cut for the elite rugby team.

Chiefs forward Tupou Vaa’i was one of those players to make the squad.

The moment where he was officially announced into the squad can be seen below.

However, the moment when told his family for the first time can be found on social media when he decided to call them early to let them know about what had happened.

His family filmed the emotional moment on their phones as their whole family watched.

The video makes for an incredibly powerful scene as he breaks down saying, “I just wanted to let you know I made the All Blacks”.

His family explode with happiness at this news as they can’t believe what has happened before they all take a moment to reflect on the news that they have just received.

It makes for an incredible video which shows just how much it means to be an All Blacks rugby player.

The moment when Tupou Vaa’i told his family he had made it into the @AllBlacks squad 👏 pic.twitter.com/f7zZSdflmR

It will be a different year for the All Blacks in 2020 as they are unlikely to take on the World Champions South Africa, due to restrictions with travel.

Instead, it looks like the men in black will play an extended version of the Bledisloe Cup against Australia. It is not the big match everyone hoped for against the Springboks, but we can all hopefully look forward to that in 2021. This player we are sure will be raring to go at the Springboks next year.