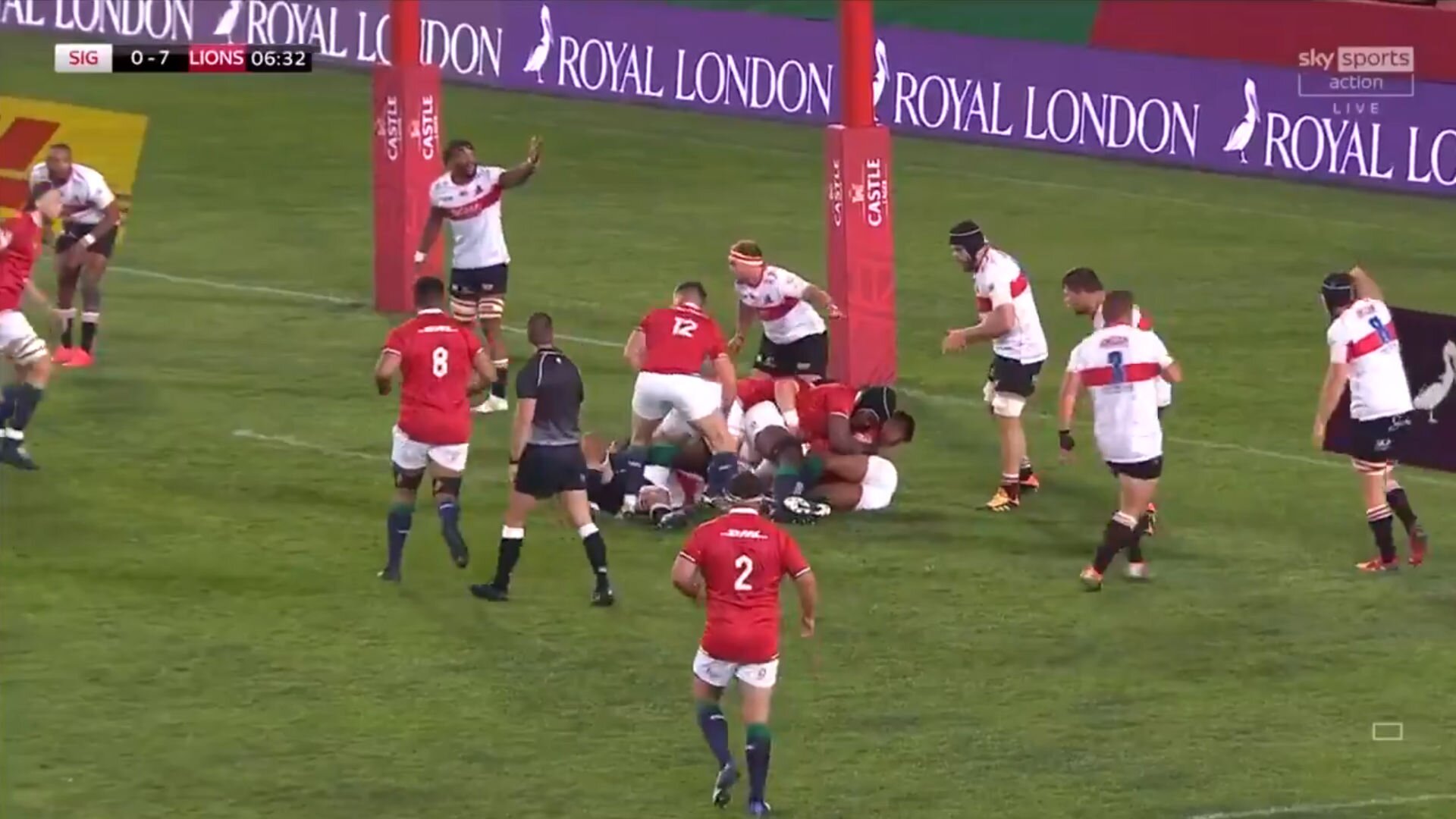 VILE – Was a Lions player spat at in Jo’burg?

This is quite disturbing if true – a British and Irish Lions player was apparently spat at by an opposition player during the rout of the Sigma Lions in Johannesburg.

The incident appears to have happened after loosehead Wyn Jones had his try ruled out thanks to an indiscretion at a ruck by Courtney Lawes.

A Twitterer appears to have caught the moment in a screenshot. We’re yet to see the footage back in real-time but this screengrab looks quite damning.

A globule of spit is seen flying through the air, seemingly in the direction of the Welshman. It’s a disgusting habit at the best of times, but given the current global situation, it represents an even more egregious act of horridness.

“Whoever spat at Wyn Jones should be banned for life” – wrote Sean Fay on Twitter.

Our investigation unit is on the case and will seek out video footage of the incident so that we adjudicate what exactly happened. We imagine a probe might well already have been launched.

Who ever spat on Wyn Jones after he scored his try should be banned for life… pic.twitter.com/tqayRrEc3C

We shouldn’t let it ruin what was a remarkable occasion was a wonderful occasion for the Lions in which they proved without doubt that the Springboks will be beaten three-nil on home soil.