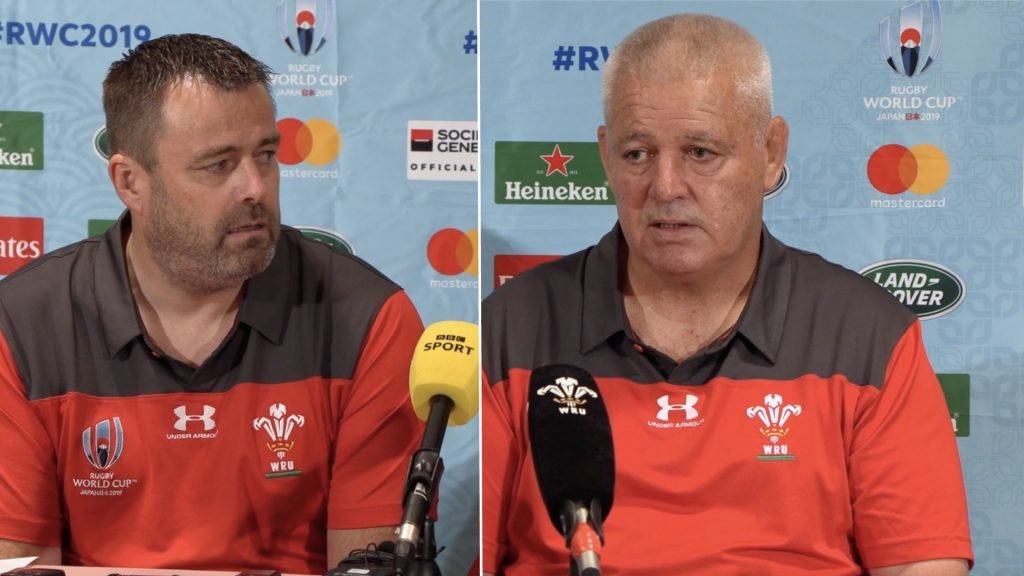 It has been a whirlwind 24 hours in Welsh Rugby. It emerged yesterday that Rob Howley would be sent home from Japan after he supposedly breached World Rugby’s rules about anti-betting and corruption.

The Welsh Rugby Union spoke at length  about what happened as Gatland outlined the reasons as to why Howley was sent home. They said that Rob was back in Wales and that several of his coaches were checking in on him and checking on his wellbeing while the investigation comes together.

Not what the doctor ordered… #WalesRugby #RugbyWorldCup

They said they first knew last Thursday and they had to digest that information over the weekend. The allegations came from one of the betting company’s integrity teams. They said that players are well versed in the rules that World Rugby have on anti-betting and corruption so it’s pretty clear that this was not an accidental breach.

Warren’s Gatland was that he was shocked but that his focus needs to be on the next 5 days in terms of preparing the squad in preparation for Georgia. He spoke to Stephen Jones about stepping in and luckily he has worked with the squad before so the team can benefit from that.

One positive that could possibly come out of this is the mentality of the Welsh team. The men in red are known for playing some of their best rugby when their backs are to the wall as one of the press said today and this could very well be the case here. They have a tough game against Georgia in 5 days but it’s going to be tough with a completely new coach as Gatland’s right-hand man.

Gatland showed him immense maturity in this video as he said that he wouldn’t be arrogant enough to not let Stephen Jones bring in his style of playing even this close to the World Cup. Does this mean that we will see Wales playing a more expansive brand of rugby?!