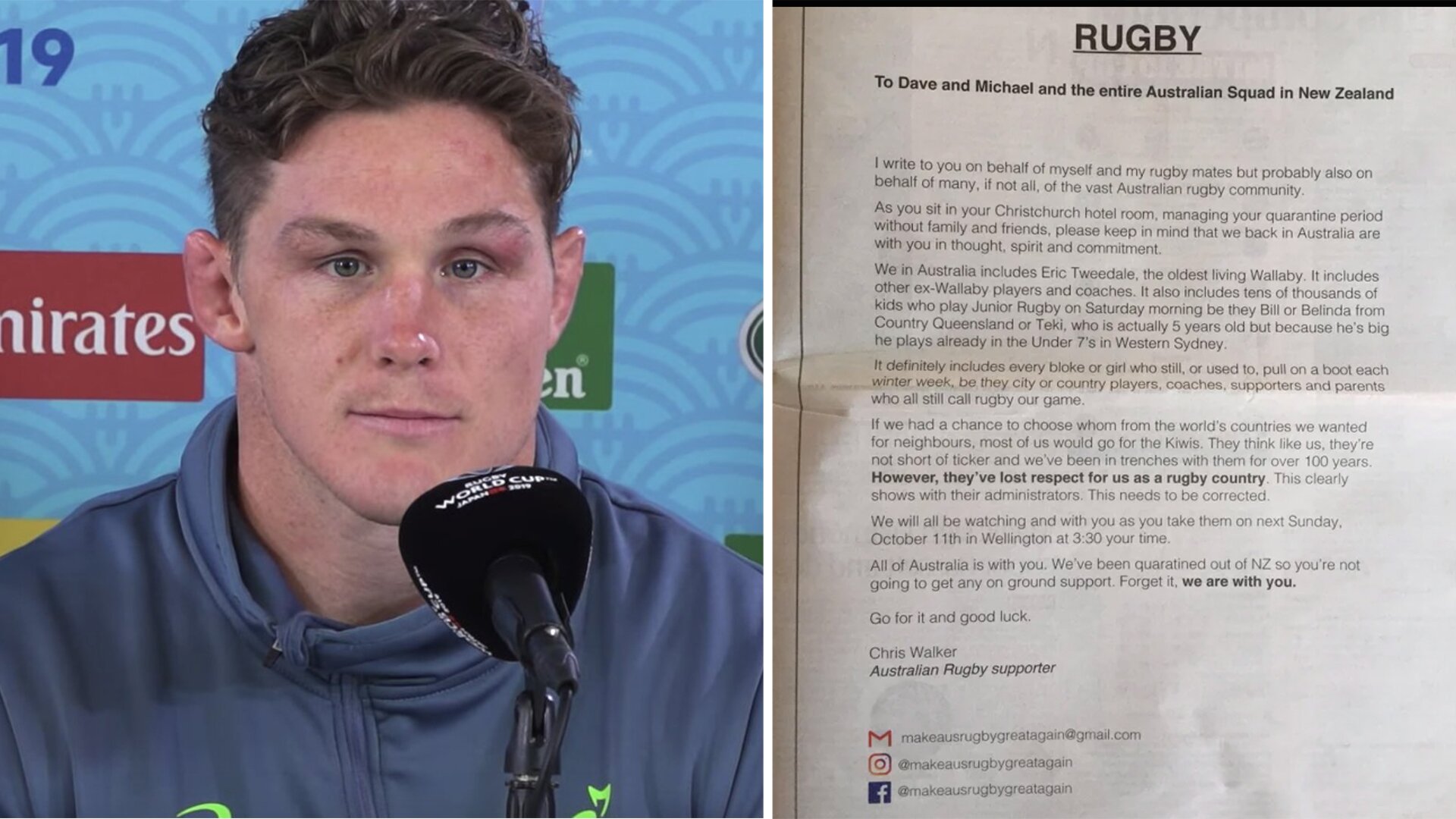 A Wallaby fan has decided to post a passionate advertisement in a Christchurch newspaper today which was designed to reach the Australia team in the hotel in Christchurch.

Australia will take on New Zealand this weekend in the Bledisloe Cup going into the match as massive underdogs.

The men in green and gold have named a vastly inexperienced but young side as they prepare to try and win the Cup for the first time in almost 20 years.

Many rugby fans won’t even recognise a lot of the players in this Australia team.

Many Australian rugby fans are disillusioned with the team, with viewing figures the lower it has ever been. However, it seems there are still a few passionate rugby fans in Australia.

He bought a whole page in a local newspaper in Christchurch which was designed to speak directly to the Wallaby team who are situated in a hotel in the town.

The letter was titled, “To Dave and Michael and the entire Australian squad in New Zealand”…

The video spoke about how he has respect for New Zealand, however kiwi fans have no respect for us as a team.

The fans was called Chris Walker and you can tell that he is a passionate fan of the team. SANZAAR and tournament hosts, Rugby Australia, have today announced a revised draw for the 2020 Rugby Championship. The 12-match tournament will now be played across seven weeks with Australia’s clash against New Zealand moved from Saturday 12 December to Saturday 31 October at Sydney’s ANZ Stadium.

South Africa’s Test against Argentina on Saturday 12 December has been moved to Newcastle’s McDonald Jones Stadium to close out the tournament.

The remainder of the draw is otherwise unchanged with five straight weeks of doubleheaders beginning at Brisbane’s Suncorp Stadium on Saturday 7 November. Kick-off times have also been confirmed.