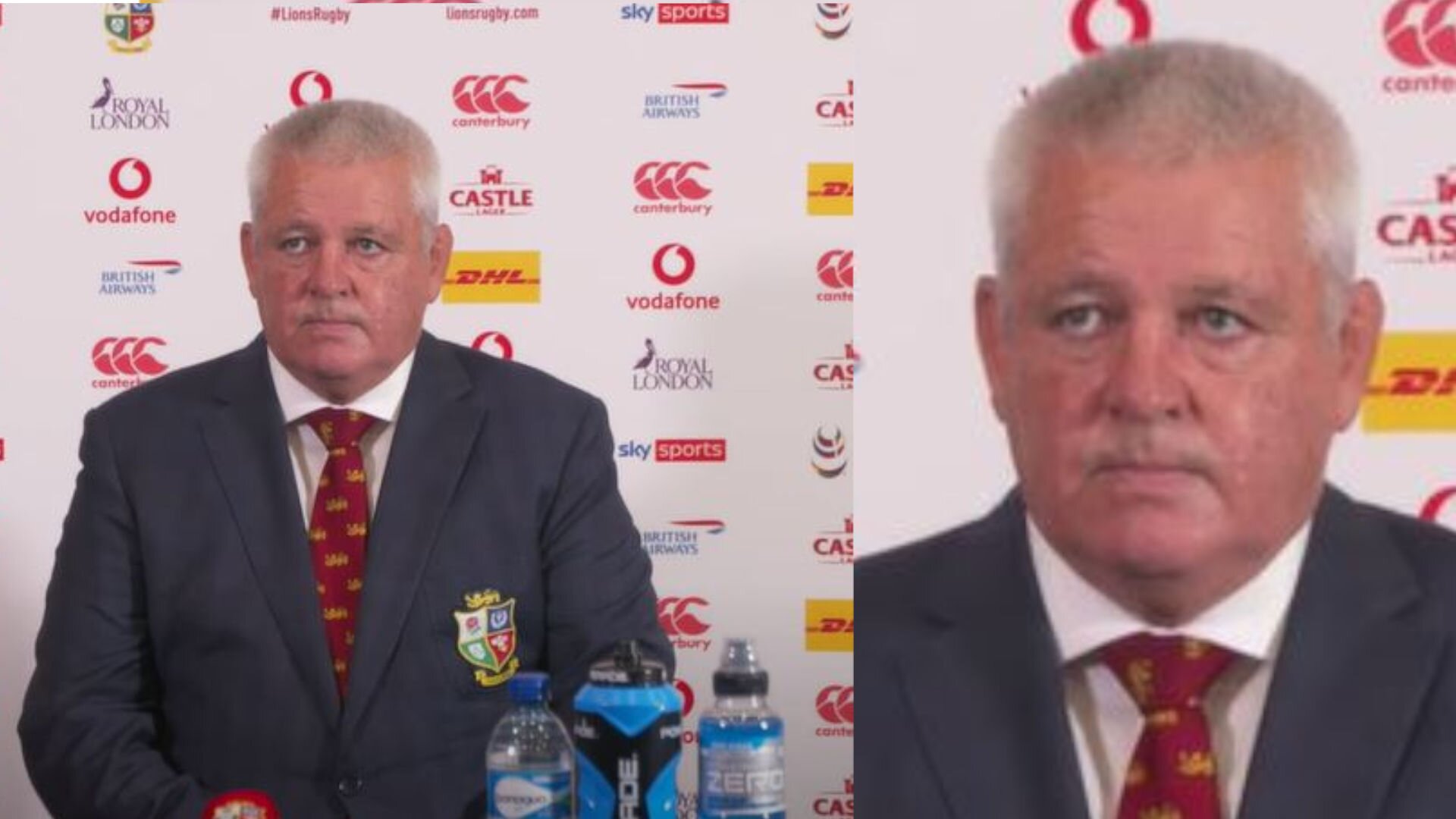 ‘Warren are you any closer to knowing who your next opponent will be?’

It’s fair to say that British & Irish Lions head coach Warren Gatland has a lot on his plate at the moment, not least who Lions are actually playing next.

Gatland was asked: ‘Warren are you any closer to knowing who your next opponent will be?’

His answer was pretty brutal:

Smith, who featured for England against Canada at Twickenham today, will fly to Cape Town on Sunday to join up with the Lions touring party.

Fly-half Russell is managing an Achilles issue and will not feature in the next three scheduled fixtures in the Castle Lager Lions Series in South Africa.

“We’re obviously disappointed for Finn, who I think has been outstanding since he came into camp in Jersey, but we are optimistic he’ll still play an important role in the Tour,” said Gatland.

“We have two experienced fly-halves in Owen Farrell and Dan Biggar, so it’s a great opportunity for the continued development of Marcus.

“I’ve been following him closely for the past 12 months and I’ve been impressed with how well he’s matured as a player.

“Finn and Marcus are similar in that they like to play with a bit of freedom, so, for me, it’s as close to a like-for-like cover as we can get. We look forward to welcoming him to the group in Cape Town.”

Meanwhile, the Springboks resumed training on Sunday in preparation for the Castle Lager Lions Series after six rounds of COVID-19 testing and a six-day preventative self-isolation period cleared a large group of players to return to the field.

All the players and management who had COVID-19 Tests on Saturday returned negative test results, which paved the way for the players to train on Sunday.

Four rounds of polymerase chain reaction (PCR) testing in the last week delivered new positive cases among the players and three among the team management.