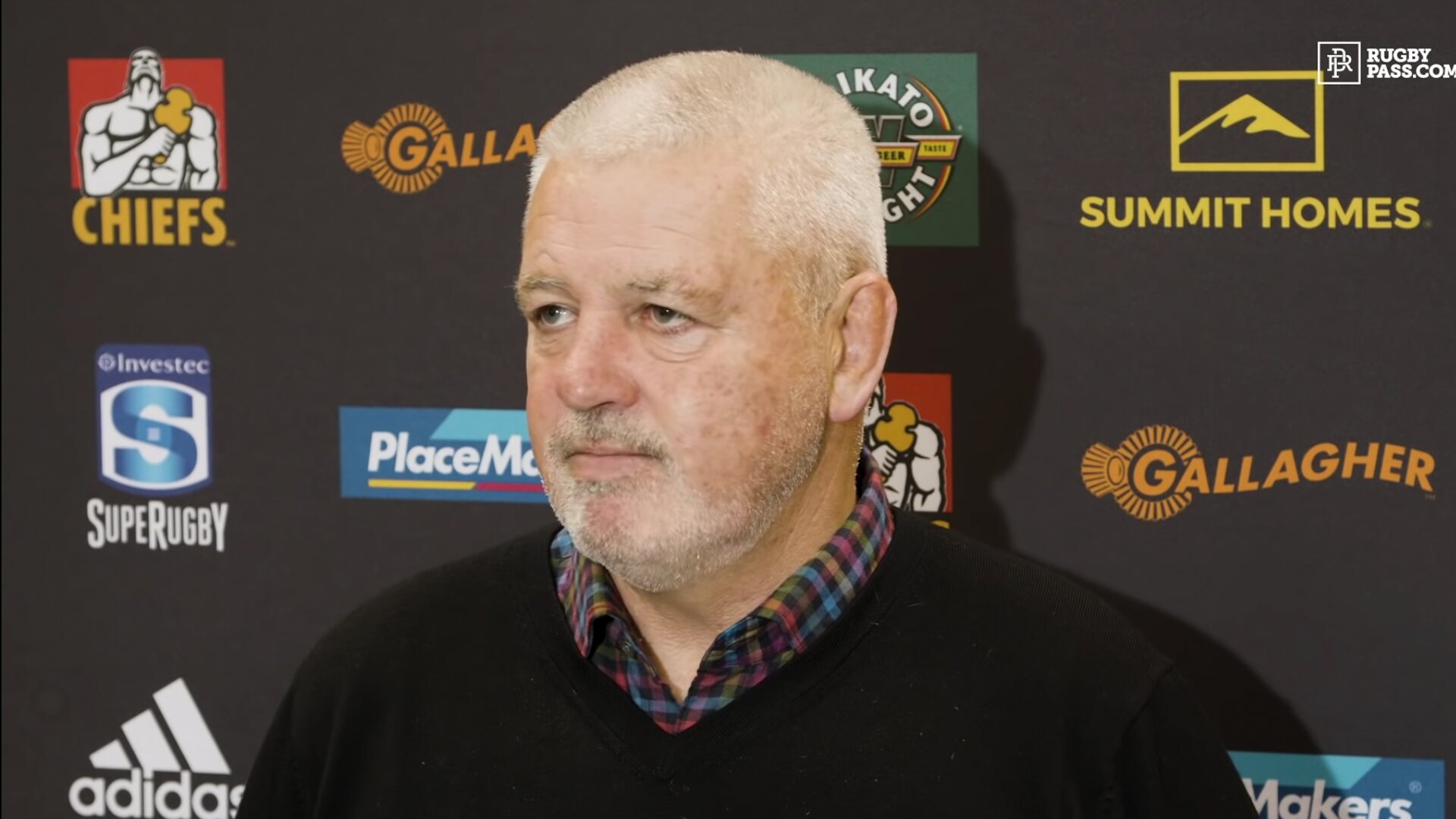 It’s another day and another loss for Warren Gatland and the Chiefs.

His side fell to yet another defeat in Super Rugby Aoteara after today’s defeat to the Crusaders.

The former Wales coach cut a figure of misery in the aftermath of Saturday’s defeat as reporters quizzed him on his side’s loss.

The Crusaders started strongly with a brilliant try from their number eight Tom Sanders who flew down the wing in a brilliant show of pace from the big man.

The visitors piled more pressure on the hapless Chiefs defence as maverick full-back Will Jordan strolled over for a walk-in try shortly after the Crusader’s opener.

The sides exchanged more tries to take it into the break at 10-17 to the visitors.

Gatland’s men fought back to within a point of the Crusaders after the break, through the boot of Damian McKenzie.

The decisive moment came soon after with a try from Sevu Reece in controversial circumstances.

The All Black winger pounced on a ball that bounced up from the hands of Quinten Strange. Many critics thought that this try shouldn’t have stood but the try was awarded and the momentum of the match swung in the Crusaders favour.

When Gatland was quizzed on the incident he had this response to give.

Some fans have been calling for Gatland’s resignation following on from the disappointing run of form with some even going as far as to question whether he’s the right man to lead the Lions in South Africa next year.

Warren Gatland has turned the Chiefs into the Blues of old in one season. 🤣