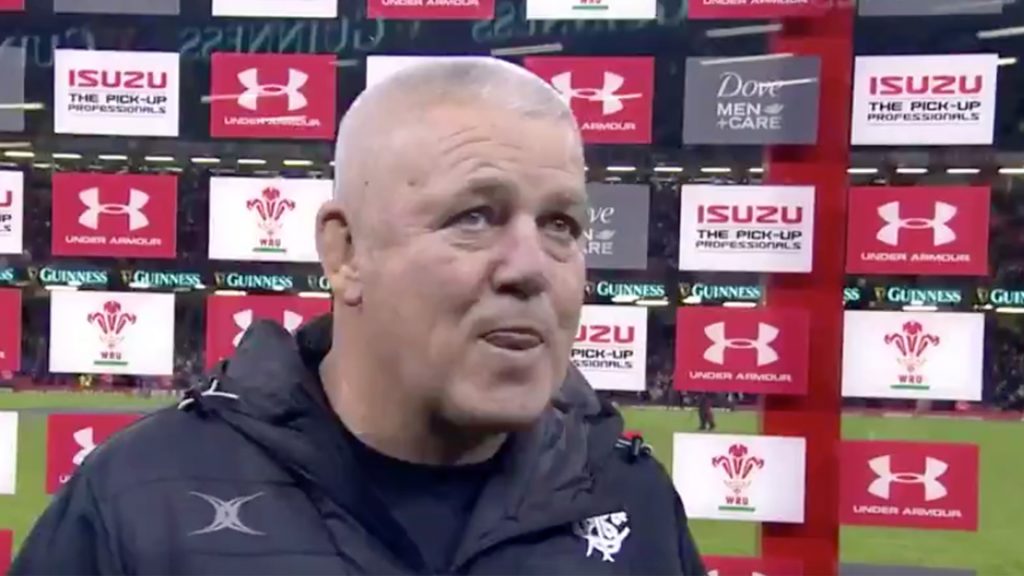 What a brilliant final interview for the Welsh long term coach The 56-year-old Kiwi coach finally ended his career in Wales symbolically yesterday as he coached the Barbarians in their narrow loss to Wales. Very wholesome content.

Gatland was coaching the invitational team in a match which could be his last ever in Cardiff.

He gave a brilliant speech after the game thanking the supporters for everything they had done.

Gatland served Wales over a 12-year period and completed his first Six Nations clean sweep in his debut season in 2008, before repeating the trick in 2012 and finishing on the same high, earlier this year, to win the 2019 tournament.

The native New Zealander, who took charge of two successful British & Irish Lions tours during his tenure with Wales, was also at the helm for three Rugby World Cups, reaching the semi-final stages on two occasions (2011 and 2019) and recently took Wales to the top of World Rugby’s rankings – for the first time – by virtue of a record 14-match unbeaten run.

He is Wales’ longest serving head coach having reigned twice as long as his nearest rival Clive Rowlands, who completed six years in the hot seat from 1968 to 1974, and his achievement of three Grand Slams is only matched by the famous side of the 70s (which won three Slams but under different coaches) and the team from the first ‘golden era’ which won in 1908, 1909 and 1911 (when the head coach role had not yet been conceived).

Rowlands oversaw three Championship wins, though his Wales side only went unbeaten during one of those runs (’71), but his successor John Dawes is Gatland’s greatest challenger with four titles (’74, ’76, ’78 and ’79) and two Slams achieved during his period of rule.

Though Gatland may not be able to match Dawes’ four titles (Wales’s title winning performance in 2013, which would make four, is attributed to Rob Howley who took over temporarily after Gatland injured himself in a fall) he remains the only figurehead to have completed a Grand Slam hat-trick at the helm.

Here is the interview he gave directly after the match, amazing to hear 60,000 fans chanting his name. He truly is loved in Wales!