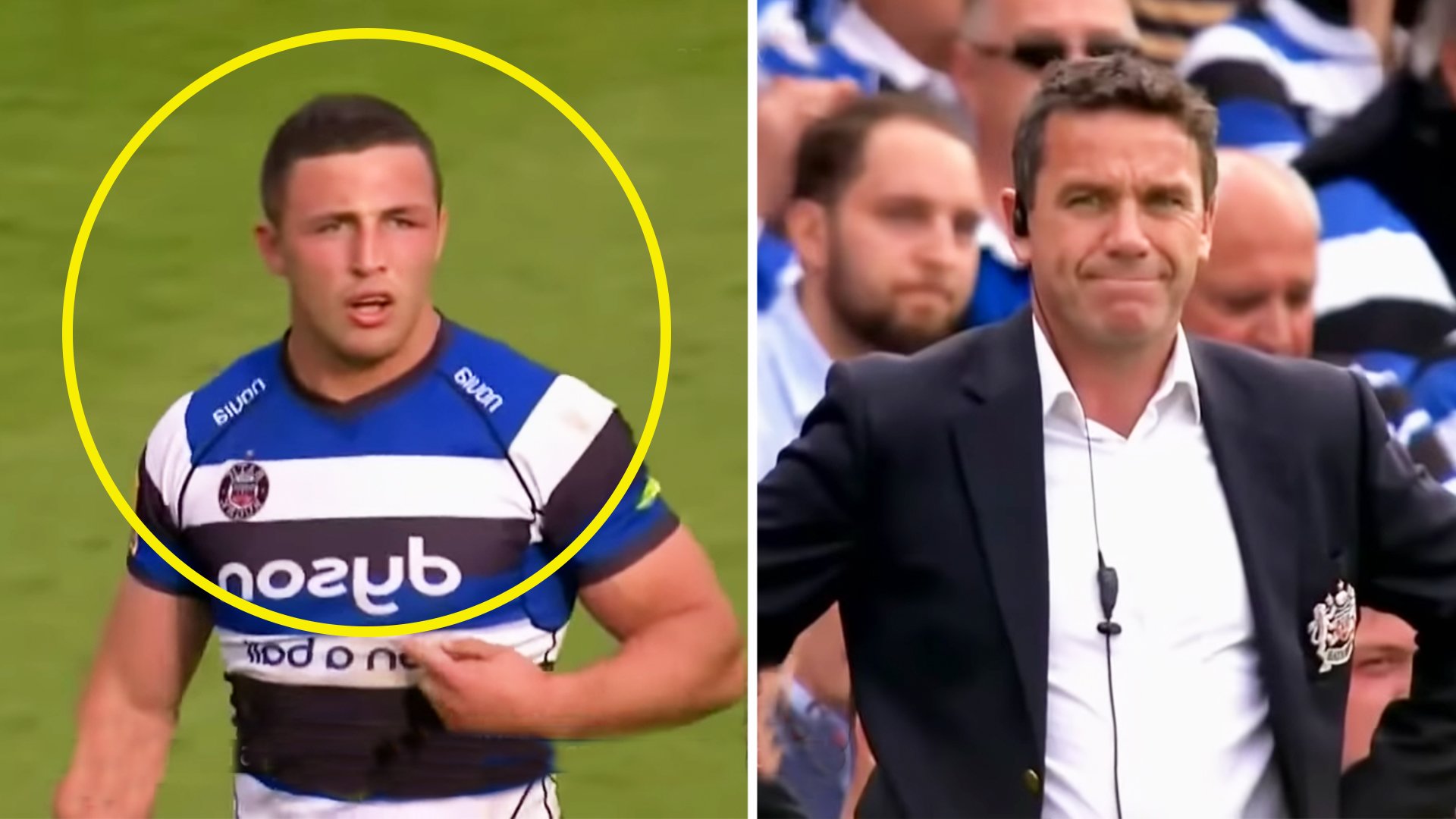 Was this moment the beginning of the end for Sam Burgess and Mike Ford?

Was this the moment that sparked the beginning of the end for Sam Burgess and coach Mike Ford?

Burgess made headlines this week after dropping bombshell allegations of a fall out between the pair over Burgess’s inclusion in the starting lineup against Wales over Bath fly-half George Ford.

It’s all kicking off

Tigers bite back in the Burgess versus the Fords row https://t.co/dXLd7zvkbP

The rugby league star claimed that the England fly-half wouldn’t speak to him in the week leading up the match and that the pair’s relationship was forever changed following the fallout.

The father and son pair of George and Mike Ford worked together with Burgess at Bath in the year preceding the infamous England campaign and we’ve pulled up this clip from their 2015 Premiership semi-final against Leicester Tigers.

Bath, playing at the Rec, had been in control of the contest and on the 53rd minute were ringing the changes.

The forwards are about to pack down for a scrum when Sam Burgess realises that Ford has called him out to be substituted.

It’s clear that the former Rabbitohs man was less than pleased.

Watch the moment here below

Joe Marler has rounded off his ten-week ban by signing a contract extension with Harlequins. The England prop was suspended until June 8 after a disciplinary hearing committee decided he had committed an act of red-card foul play when he squeezed the genitals Wales’ Alun Wyn Jones in the first half of a March 7 Guinness Six Nations match.

While neither England nor Harlequins have played a match since Marler’s ban was enforced on March 12 due to the outbreak of the coronavirus pandemic, disciplinary officials said the suspension was time and not match based which means it expires next Monday.

Ahead of that date, Harlequins have now confirmed that Marler has signed an extension with the Gallagher Premiership club he has represented on more than 200 occasions. “I’m a Harlequin and I love the club,” he explained.

“Growing up with Harlequins as my boyhood team, I remember getting thrown out of The Stoop as a fan when I was twelve because I had tried to run on the pitch. Now I get the chance to continue my journey with great friends, team-mates, coaches, and fans, without getting thrown out… yet!

“I’m immensely proud to have played for Quins over 200 times so far, I even managed to convince one of the previous bosses (Conor O’Shea) to make me captain once. Even more so during this pandemic affecting every single one of us, I cannot wait for my next opportunity to pull on the jersey, run out at The Stoop and welcome back the Quins family.”