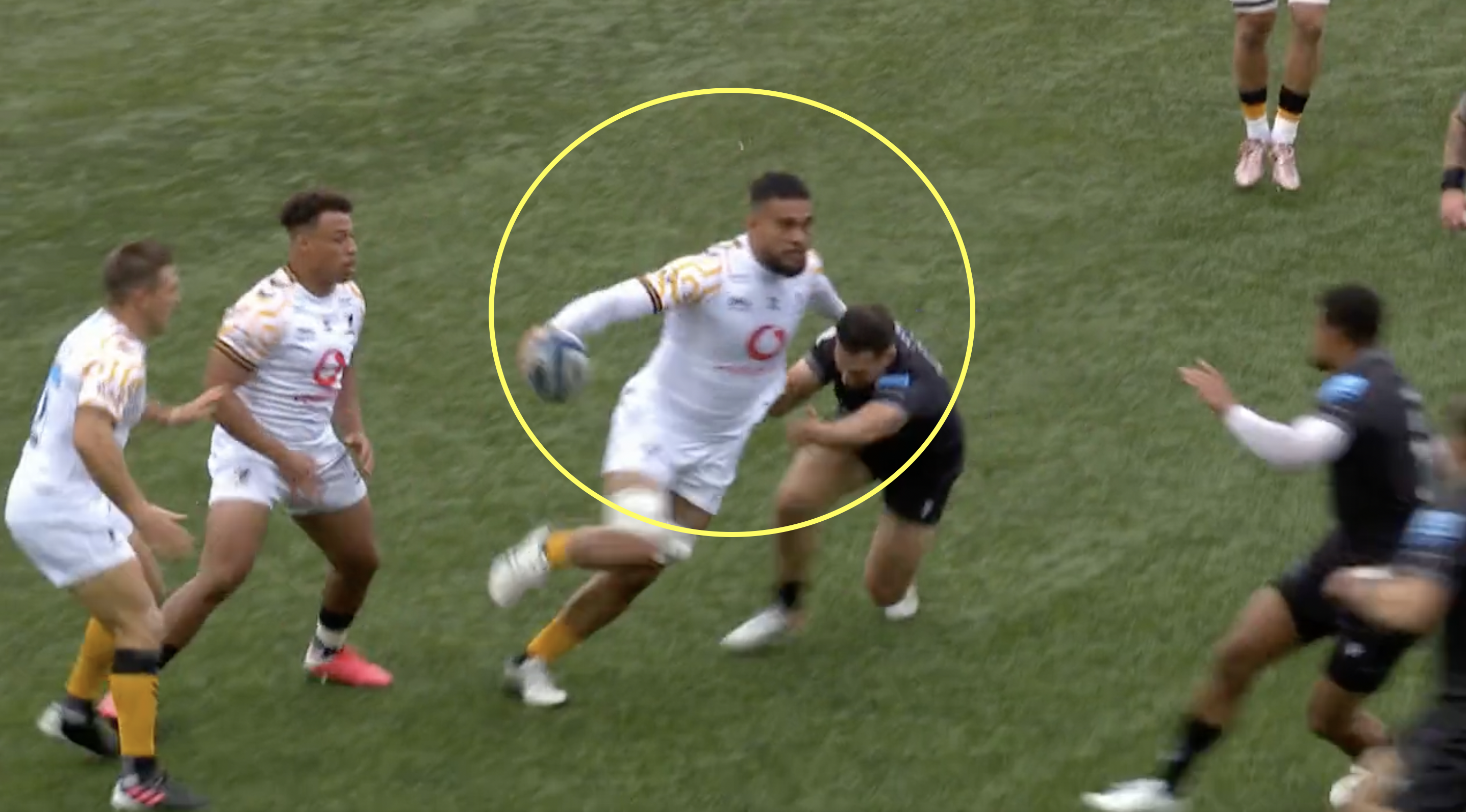 Wasps’ All Black Vaea Fifita may never have played alongside Richie McCaw, but he produced a turnover on Saturday that the two-time World Cup winning captain would have been proud of.

The 11-cap All Black swooped in to produce one of the most casual one-handed turnovers possible, at no point looking phased by the onrushing 120kg Newcastle Falcons tighthead Mark Tampin who was about to clear him out. He then carried the ball into the heart of the Falcons’ defence, all while the ball remained in one hand.

Fifita plays in a Wasps team that have some turnover kings, none more so than the injured Jack Willis, but even the England flanker would struggle to make stealing the ball look so easy. Though he is capable of playing in the back row, Fifita has been used as a lock so far in his short Wasps career, meaning they could have quite a lethal team at the breakdown come the end of the season.

Take a look at the turnover:

Despite the Falcons being down to 14 men for the final 25 minutes of the match due to a Tom Penny red card, Wasps were unable to secure the win at Kingston Park after Callum Chick scored a try in the final minute of the match. Fifita himself was also yellow carded in the final quarter of the match for a high tackle.

Take a look at the match:

The Falcons’ win leaves them in the top four of the Gallagher Premiership having earned two wins from their opening three matches. Meanwhile, Wasps are in seventh place in the league with one win from two matches.