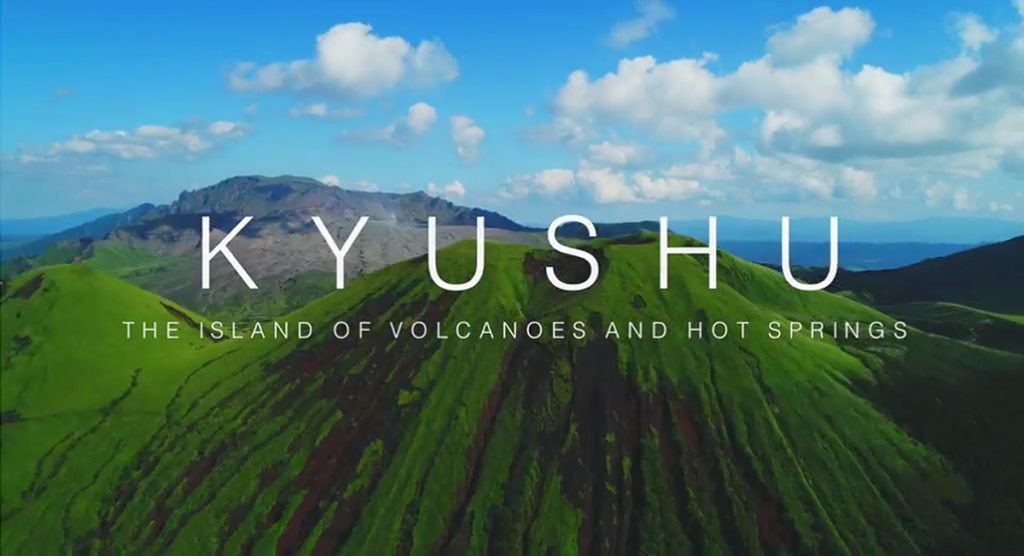 The nation of Japan will offer rugby fans a cornucopia of stunning and unspoiled regions to explore. Arguably the nation’s cultural centre in terms of its ancient past and what many contend to be its most naturally beautiful region is ‘Kyushu’.

It is lauded as the early epicentre of Japanese civilization, and it offers many historic treasures, modern cities and natural beauty.

Where there’s rice and water in Japan, then there’s sure to be Sake brewing.

The Saga prefecture is one of the country’s leading rice-producing regions, while it also boasts several of the top 100 water spots in the nations. The Hizenhamashuku area in Kashima city is famous for producing excellent sake, and has enjoyed the economic benefits of a thriving drinks industry.

The good news for tourists is that their breweries are open to visitors. There are six breweries located within the Hizenhamashuku area of the city. Rugby fans can also enjoy the authentic white-walled and thatched-roof splendor of the Samurai houses; original buildings in Japanese traditional style that remain largely untouched since they were built.

A sake tour is a must, whether you’re there to enjoy a tipple or just ‘drink in’ the stunning surroundings. Saga International Balloon Fiesta is one of Asia’s largest hot air balloon events held at the beginning of November every year in a riverbed along the Kasegawa River in Saga city.

There is an array of fun events to keep rugby fans entertained. Don’t whatever you do miss the early morning display, when literally hundreds of colourful balloons take to the skies in tandem. Or, if evening time is more your thing, the aptly named ‘La Montgolfier Nocturne’ is a truly magical spectacle in the night sky.

It is a sight unique to Saga.

Mutsukake Fishing on the Ariake Sea

The Ariake Sea is a body of salt water surrounded by Fukuoka, Saga, Nagasaki, and Kumamoto prefectures. It is the largest bay in Kyushu but surprisingly, its deepest point is only about 50 metres below the surface.

The sea is not just a spot of outstanding beauty however, as it offers tourists an opportunity to experience mudskipper fishing, which is known as ‘Mutsukake Fishing’. Don’t worry if you’re not a master angler however as, unlike a traditional fishing rod, the Mutsukake rod is only lightweight and easy to pick up for beginners.

Gunkanjima island and the ’99 island’ cruise

Hashima, nicknamed Gunkanjima (which translates as Battleship Island) due to its shape and silhouette, is an abandoned coal mining island that was once the most densely populated place on earth. Now a World Heritage site, Hashima has been used as a setting for movies like Skyfall and Attack on Titan.

Sail-around tours and landing tours to Gunkanjima depart from Nagasaki Domestic Port Terminal, which is conveniently located near the centre of Nagasaki City. Kujukushima is listed in the ‘World’s Most Beautiful Bays Club’ and is located inside Saikai National Park.

While known as the 99 Islands, there are in fact approximately 208 islands, separated into North and South Kujukushima. There are plenty of look-outs and observatories along the coast, like Tenkaiho and Ishidake observatories, and the sunsets are particularly spectacular; so much so that the sunset view of Kujukshima was used in the movie The Last Samurai as a symbol of Japanese coastal beauty. Nagasaki Kunchi is one of Nagasaki City’s biggest festivals.

Held annually in autumn, between October 7~9, Nagasaki Kunchi incorporates the various foreign cultures that have played a role in Nagasaki’s incredible history, including influences from Chinese, Dutch and Portuguese cultures. Every year, between 5 to 7 performing districts (odori–cho) participate with a float that represents the symbol of their district, and each odori-cho only performs about once every seven years. This means rugby fans could come back every year for seven years and see different performances each time. The Takachiho area and Kagura dance

To celebrates your side’s performances (or commiserate their failures) at the Rugby World Cup, a visit to the Takachiho area in the Miyazaki is an excellent call.

Takachiho is located in the northern part of Miyazaki prefecture and is steeped in Japanese mythology. According to local lore it is known as the place where the gods descended to earth in Japan. The Takachiho area and Kagura dance

The breathtaking Takachiho Gorge was formed by erosion of lava from Mt. Aso and the steep green mountains that surround it are among the most outstanding examples of their kind in all Japan. The combination of magnificent geographical features and natural beauty create a backdrop for the Amano Iwato shrine and the Takachiho shrine. At the Takachiho shrine, Yokagura, sacred dance rituals reenacting the legends are performed every night. Surfers and water watersport enthusiasts have been flocking to Miyazaki for years and it will no doubt see its fair share of rugby fans over the course of the tournament.

Miyazaki has among the best spots for surfing and in recent years. Recently it has become a destination for foreign visitors looking to get their fill of the many marine sports on offer.

The prefecture has several brilliant spots for surfing and is the location for a number of international surfing competitions. King among these is Okuragahama beach, which is listed as one of Japan’s 100 best beaches. This beautiful white sandy beach stretches for 4km long and enjoys both large and small waves surges on a more or less constant basis. While many associate Japan with urban life, the country boasts remarkable natural wonders in abundance. If it’s nature you seek, than Sakurajima is a must to see.

This volcanic island is located in the southern part of Kyushu and its volcano is the most active in all of Japan. It perpetually smokes, and minor eruptions often occur throughout the day. Not only can you see the panoramic view from the observatory deck at the centre of Kagoshima city, you can also experience any number of activities; be it short hiking trails, cycling, kayaking, or dolphin-watching, all come highly recommended. Rugby fans be advised, visit the information centre at the ferry terminal first. Japan has a wealth of geo-thermic activity and the region has taken full advantage. The good news is tourists can experience it first hand in a multitude of way.

If you’ve ever enjoyed burying yourself in sand at the beach, then a steam sand bath in Ibusuki could be just for you.

Ibusuki is the only place steamed sand baths are heated naturally by ‘onsen’ hot spring water. First you lie down in a shallow hole, and your whole body is covered barring your head with sand. After a relaxing, warm 10 minute session, your body will exfoliate in much the same way as in a European sauna.

You then wash off in the geo-thermic waters afterwards. It is an experience not to be missed. The “hot spring island” of Kyushu is located in Japan’s southwest.

As if a blessings from mother nature herself, these natural “onsen” waters spill warmth abundantly onto the earth’s surface. You can enjoy this natural wonder all over Kyushu, and do so alongside brilliant landscapes and the traditional culture of Japanese.

Kyushu allows visitors to journey through land and sea, forest and valley, and explore the culture of Japanese “onsen”. With the Rugby World Cup being held in 2019, Kyushu is slowly gaining more attention from the outside world, and is sure to prove popular among fans wanting to experience authentic Japan, and not the just the fan fare of its mega-cities.

To experience a traditional Japanese event during your stay in Japan, we would recommend visiting the “Matsuri in Kyushu” festival on 28th and 29th September 2019 in the centre of Kumamoto city. About 40 of authentic and traditional festivals all over Kyushu region, some of which is in the list of UNESCO Intangible Cultural Heritage, will come together to Kumamoto and give the spectators a great time to enjoy Japanese authentic cultures.