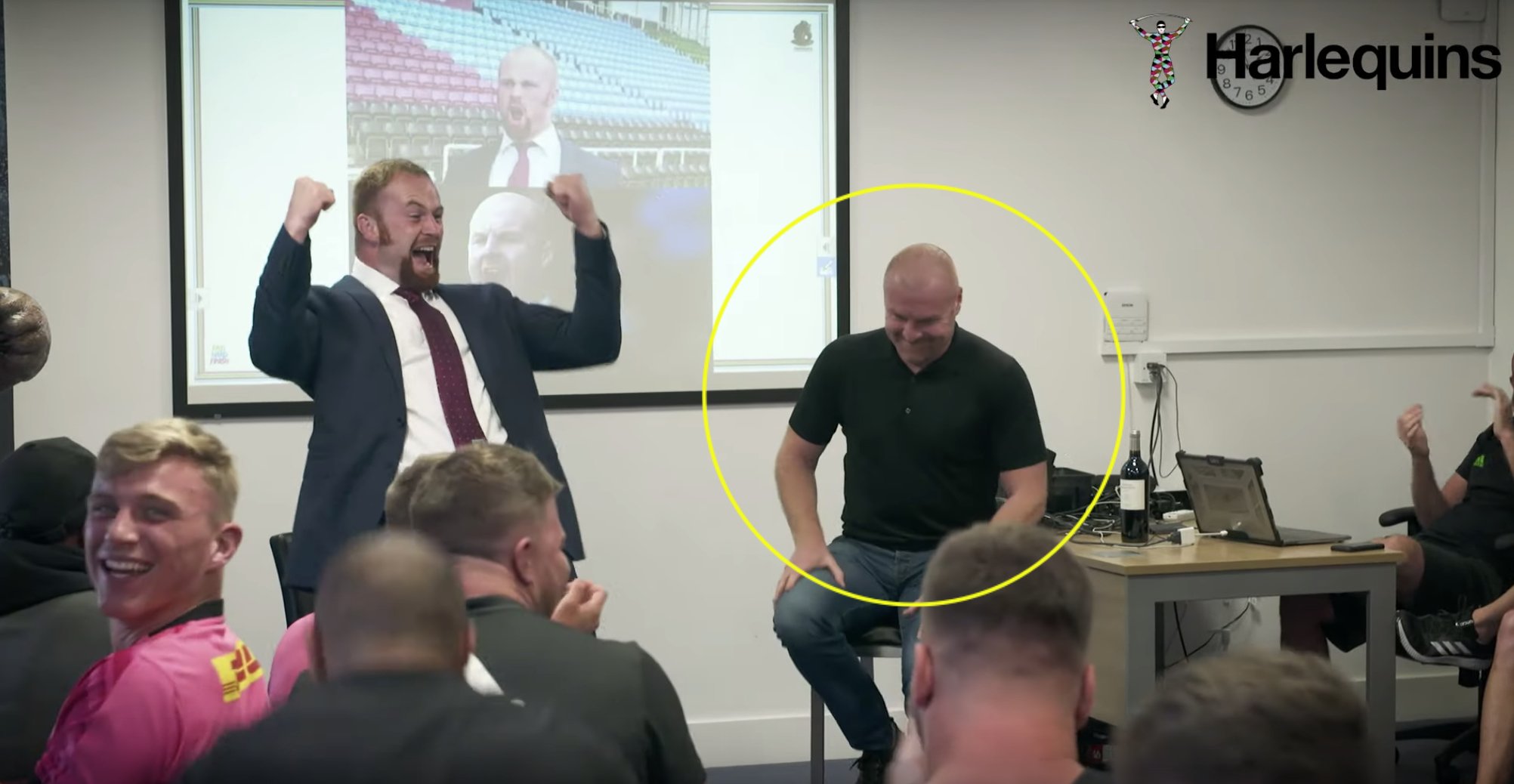 This video had us in absolute stitches as Harlequins back row James Chisholm met his doppelgänger, Burnley manager Sean Dyche.

For anyone out the loop, James Chisholm looks remarkably similar to the manager of Burnley. So similar in fact, that every November, Chisholm will shave his beard into a goatee that looks exactly like his doppelgänger.

The joke has become so elaborate that the 24-year-old has even had the Burnley manager visit Harlequins during their pre-season to give the team a much-needed boost as the team go into another seaon in the Gallagher Premiership.

The video itself is brilliant, as the Quins team go truly mental as Dyche enters the room. Harelquins manager Paul Gustard has made a big effort to build a team culture at the London outfit.

Speaking to the Harelquins YouTube channel, he appeared to be very pleased at the level of work that had went into making this happen.

“It was all about sharing really, sharing information, sharing ideas, coaching strategies. How to deal with selection and non selection, culture building. He’s obviously a very successful manager, keeping Burnley up in the Premier League six out of seven years. So there’s lot for me as a young head coach to learn as well.”

Harlequins will be hoping to build on a strong 2018/2019 where they narrowly missed out on the top 4 on the final day of the regular season.

If you’re interested in watching more of Harlequins and their content, then it would be worth you checking out their new series which will be following the team through this season. The series is made in a similar fashion to the “Risings Sons” series that England is currently doing, so if you like that then you will certainly enjoy this.