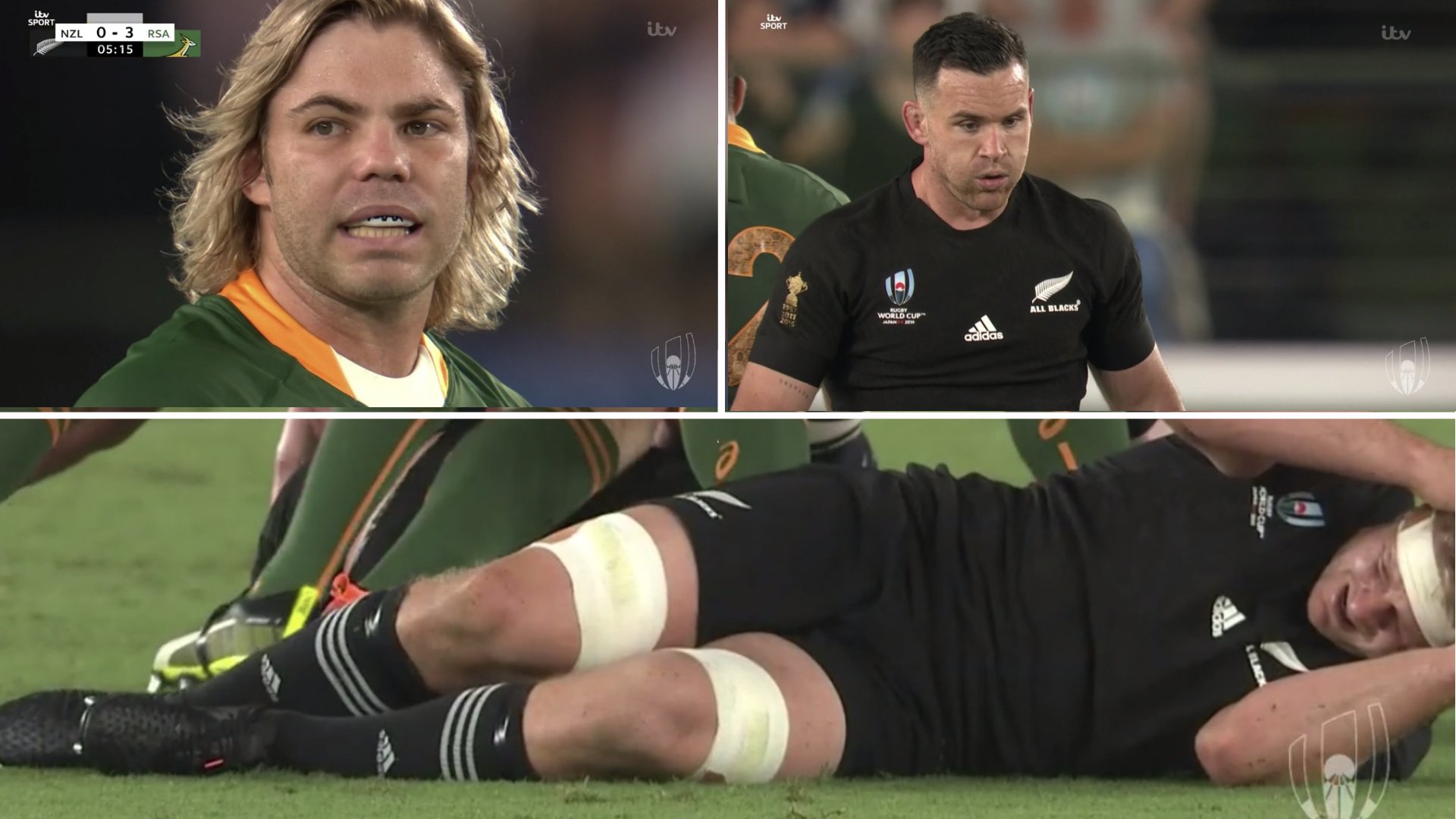 The All Blacks are dominating the first half of the Rugby World Cup blockbuster match between New Zealand and South Africa. In a game that saw the Boks dominant in the first quarter, the tide quickly turned when the All Blacks scored two quick tries. Dominating performance from New Zealand.

The game kicked off with an incredibly intense haka.  All Blacks are dominating!

Belting out the national anthem, the Springboks are ready for this epic clash! 🙌

But it was all South Africa in the opening 15 minutes with their defence smothering New Zealand at every turn. However, New Zealand were utterly dominant in the second quarter of the first half with some incredibly impressive handling and skills to break through the men in green’s defence.

What a fantastic half of rugby!

That's why Beauden Barrett is at 15

More New Zealand magic from the turnover and it's Scott Barrett who runs in the score#ITVRugby #RWC2019 pic.twitter.com/8Ju5dsxJWZ

The All Blacks have arrived! ⚫

Wales have named an experienced side to take on Georgia in their Rugby World Cup opener in Toyota on Monday (KO 19.15 local, 11.15am UK).
Captain Alun Wyn Jones will equal the record of most test appearances for his country when he draws level with Gethin Jenkins on 129 Welsh caps.
Jones will pack down in the second row alongside Jake Ball with Aaron Wainwright, Justin Tipuric and Josh Navidi named in the back-row.
Wyn Jones, Ken Owens and Tomas Francis comprise the front-row.
Ten of Wales’ starting XV have RWC experience and that includes at half-back where Gareth Davies will line-up alongside Dan Biggar.
Hadleigh Parkes and Jonathan Davies are named in the midfield with Josh Adams, George North and Liam Williams named in the back-three for Wales’ opening test.
On the bench Elliot Dee, Nicky Smith and Dillon Lewis are named as the front row replacements with Aaron Shingler and Ross Moriarty completing the forward cover. Tomos Williams, Rhys Patchell and Leigh Halfpenny complete the matchday 23.