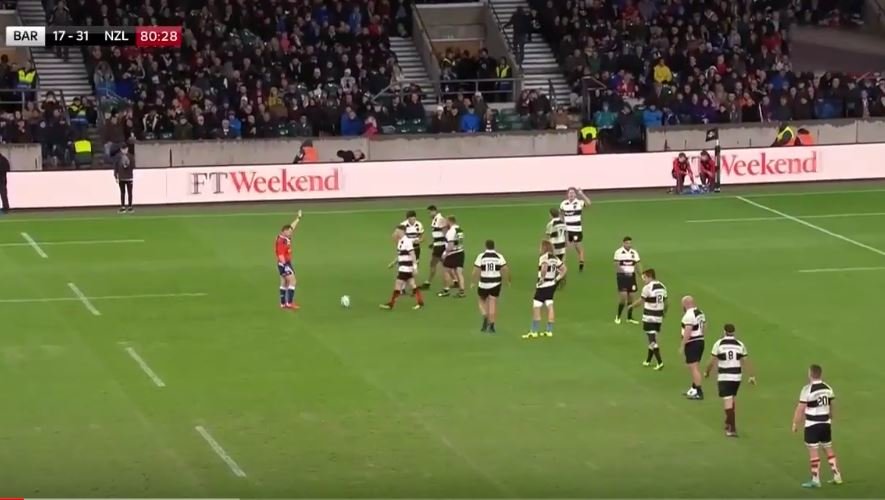 The All Blacks ran out 31-22 winners in their match with Barbarians, but it was the BaBas invention that earned them the much needed moral victory.

Then again, who doesn’t get a moral victory over the All Blacks.

This trick play was something to marvel at.