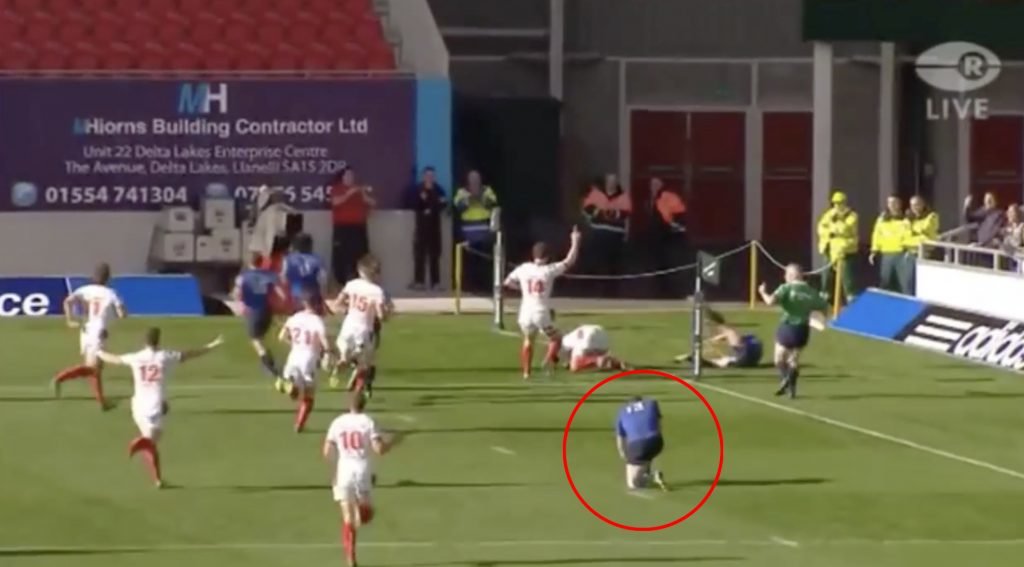 WATCH: Brian O’Driscoll has said that THIS was the moment when he knew he needed to retire

This interesting piece of trivia was discovered by the user RuggerJibberJabber on Reddit’s Rugby Union section, and my oh my is is it interesting.

The Ireland and Leinster legend has on numerous occasions in interviews and podcasts stated that he knew he was losing his speed in the later parts of his career, however, he stated the exact moment he really knew he had to call it a day. In a 2017 interview with Newstalk, 39-year-old spoke about the time that he was beaten on the outside for pace by a Scarlet’s centre, and this is when it really dawned on him.

“There was one against Scarlets a few years ago. I can’t remember your man’s name, he wasn’t capped. And he stood me up on the outside and burnt me, and I got an arm on his jersey but couldn’t get him down and he went in for a score.

We won the game and we were in the dressing room after the game and I remember being absolutely sick and Joe Schmidt coming over and telling me to cop onto myself, that we’d won the game, that the players don’t need to see (O’Driscoll) down after a win.

But I was just disgusted that I had lost that (race) and I could allow that to happen.”

The centre that stood O’Driscoll is talented to say the least but by no means World Class, so it is interesting to see on film, one of the moments where such a legend of rugby had come to the realisation that he had enough.