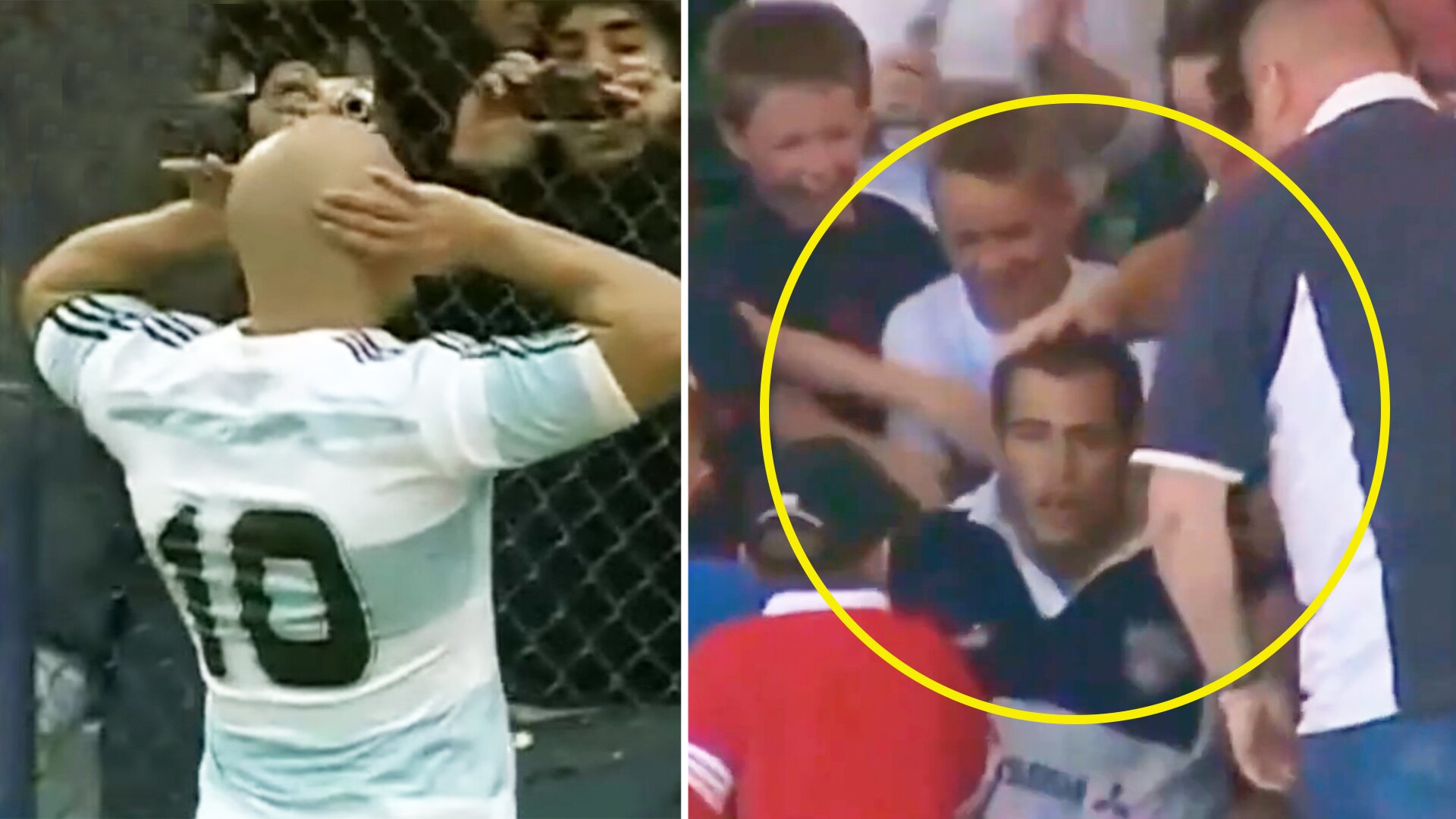 It’s a common sight to see in soccer or American football as athletes come up with extravagant ways to mark a scoring moment. It’s become commonplace in those sports – rugby has yet to see a player with quite the celebratory flair when scoring as this former Argentinian playmaker.

We’ve picked out a few of his most inventive moments following on from some stunning scores. You can tell that Contepomi really loved to work the crowd.

Contepomi applauds himself after scoring against Northampton

This was one of the Argentinians most inventive celebratory moments when scoring for Bristol against Midlands side, Northampton Saints.

What an opportunistic effort from the 87 cap Argentina legend.

Camera stare down “If you want to have a look at me, that’s me”

This was the Contepomi at his majestic best as he pinches a superb poachers try off of an interception pass.

The former Leinster fly-half dots down to score before sliding right in front of the camera lens with a cocky swagger that only top fly halves can carry off. Brilliant!

This was the crowning moment in a world class 31 point haul for Contepomi against France back in 2010.

We watch as he runs in for this stunning score before rushing on to the swathes of adoring Pumas fans.

He holds his hands to his hears in triumph as the crowd descends into pandemonium. What s showman!

‘Muted’ celebration after pinching interception try off of Sebastien Chabal

He was at it again here as he poached another interception try, this time against the French.

‘Can you hear me now?’ Contepomi basks in match-winning try vs Munster

Felipe Contepomi put in some wonderful performances for Leinster over the years.

We don’t think there’s ever been a player with a better array of try celebrations than Felipe Contepomi.

Can you think of anyone better? Let us know if so.