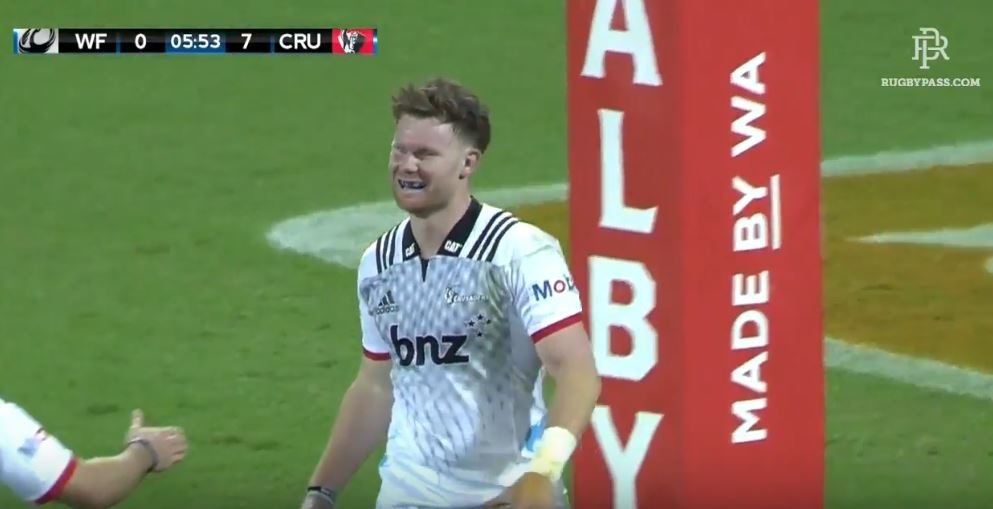 WATCH: The first 7 point try in professional rugby has been scored

The Crusaders have scored the first Power Try of World Series Rugby, achieving the feat in the fourth match since the format’s introduction.

Halfback Mitchell Drummond needed just six minutes to score the seven-pointer on Friday night after the Crusaders launched an attack from within their defensive 22m. The seven points contributed to a 44-8 dismantling of the Western Force in front of 14,259 fans at nib Stadium.